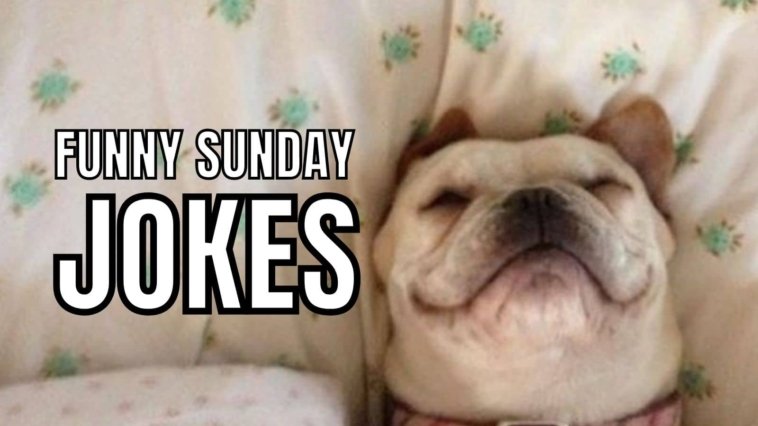 The internet provides an eternity of content to mindlessly scroll through but you don’t have to let it suck away all your Sunday’s time, energy and attention especially when it’s the last day before going back to work. Whatever you do, rest or spend time with your family, these Sunday jokes will bring a smile to every face that reads it.

Sunday may be the best day of the week! Why? When is the greatest time to have brunch with friends? Sunday. When are naps the most enjoyable? Of course, it’s Sunday. When is reading the newspaper a pleasure activity rather than a work or necessity? Sunday. And when do you get to go picnic with your family without feeling rushed? Sunday. So let’s get on with these Sunday jokes.

What do you serve a late-arriving cannibal for Sunday lunch?

Two little girls were on their way home from Sunday School.

“What did you think about all that Satan stuff- do you think he’s real?” one asks the other.

“Don’t be ridiculous, the Devil’s like Santa- it’s just your dad,” said the other.

On which days do you feel the most powerful?

Saturday and Sunday since the rest are weak days.

Why did the couple name their new baby, Sunday?

They’ve already got 12 kids so they thought they would call it a day.

What do you call a Sunday dinner eaten on a Monday?

Where does the periodic table go on Sundays?

Does that mean you hit them into next week?

Why is it impossible for it to rain on Sunday?

Because it would be a rainday, not Sunday.

What day is a vampire’s least favourite?

Kelly hurried straight to her grandparents’ house after learning that her elderly grandfather had died, to comfort her 95-year-old grandmother.

When her grandma was asked how her grandfather died, she said, “He had a heart attack when we were making love on Sunday morning.” Kelly was terrified and warned her grandmother that having intercourse with two individuals approaching 100 years old was a recipe for disaster.

“Oh no, my dear,” granny answered. “Realizing our senior age, we determined that the ideal time to do it was when the church bells began to ring. It was just the right rhythm. Nice and slow and even. Nothing too strenuous, simply in on the Ding and out on the Dong.” She paused to wipe away a tear, and continued, “He’d still be alive if the ice cream truck hadn’t come along.”

What happens when Jason Momoa dies?

One Sunday, an elderly couple is watching a movie when the wife turns to her husband and says, “I just let out a tremendously long, silent fart.” “What should I do?”

“Replace the battery in your hearing aid,” the spouse suggests to her.

Why can’t Sunday be the saddest of the week?

Because the day before is always a sadder day.

Why are condoms sold in boxes of three, six, and twelve?

Pack of 3:those are for high school boys, one for Friday, one for Saturday, and one for Sunday.

Pack of 6:those are for college men, two for Friday, two for Saturday, and two for Sunday.

What were Jesus’ final remarks to his disciples before being nailed on the cross?

Don’t mess with my Easter eggs; I’ll be back on Sunday.

Why Does Chick-fil-A close on Sunday?

They need time to choke their chickens.

One day, a man is sitting quietly reading his Sunday newspaper when his wife smashes him over the head with a frying pan. “What was it for?” he exclaims. “I was just doing the laundry and I noticed a piece of paper in your trouser pocket with the name “Cheyenne on it,” his wife explains. “Who is she?” “Oh, don’t worry about it, sweetie,” the man says. Do you recall when I went horse racing with some buddies the other week? The horse I was riding was named Cheyenne.”

His wife returns to the wash, but a few minutes later she runs back into the room and strikes her husband over the head again with the frying pan.

“What was it for?” he exclaims.

A body at rest will continue to be at rest until the wife notices and finds some work for him.

Which weekday makes you delighted in the morning and sad in the evening?

Neil was preparing his week’s to-do list on Sunday but lost it.

Now he feels so listless.

Why do hamburgers exercise on Sunday?

To get better buns.

What is both less expensive and more effective than a psychiatrist?

Going to a shopping mall on Sunday.

Which chore sucks the most on Sunday?

A gamer decided to visit an art museum on Sunday but developed a headache.

There were too many frames.

What music should you listen to whilst fishing on Sunday?

On Sunday, a Mexican magician performed a magic show.

And he disappeared without a tres.

People ask me why I’m always at the Sunday carnival.

What makes the Venezuelan dollar different from Monopoly money?

People can have fun on Sundays with Monopoly money.

So three elderly men got together on a Sunday morning.

“Sixty is the worst age,” the 60-year-old man claimed. “You constantly feel the need to pee, and most of the time you stand there and nothing comes out.”

“Ah, that’s nothing,” the 70-year-old said. “You don’t have a bowel movement after the age of seventy. Nothing comes out when you take laxatives, eat bran, and sit on the toilet all day!”

“Do you have difficulties peeing as well?” inquired the 60-year-old.

“So, do you have a bowel movement problem?”

On Monday, how do you prevent a dog from biting you?

Kill it on Sunday.

What is the key to any good mailman joke?

Don’t tell it on Sunday.

Why are Cross-eyed people born in the middle of the week?

Because they’re looking both ways for Sunday.

Husband: Today is Sunday, a holiday. I want to enjoy the whole day so I have brought 3 movie tickets?

Husband: For you and your parents.

Why are there so many ghosts in movie theatres on Sunday evenings?

They can’t wait to boo the performance.

“Johnny, can you tell me what Eve said to Adam after she gave birth to their 23rd child?” the teacher asked one more time. The boy behind him jabbed him again. “You stick that thing in me once more and I’ll snap it in half!” Johnny yelled.

On a Sunday, how do you make a blonde laugh?

Try telling her a joke on Wednesday.

On Sunday, what is the nastiest term you can speak?

Have you heard about the guy who was arrested for refusing to take a nap on Sunday?

He was resisting a rest.

What do you call a president who needs to do a lot of laundry on Sunday?

Mommy, Daddy, and Little Lion are going on a picnic on Sunday.

Little lion likes to start eating as soon as they sit down on their blanket.

“We must first prey.”

We hope you like the Sunday jokes that we are sharing, whether you consider it the end or the beginning of the week. 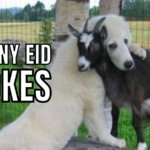 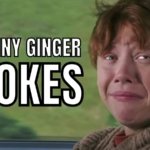