The Amit Shah using computer meme originates from the 2017 inauguration of the Nanaji Deshmukh Library and E-Library, in Jammu. Then BJP president Amit Shah visited Jammu to inaugurate Nanaji Deshmukh Library and E-Library in the Bharatiya Janata Party (BJP) office, Jammu for party workers to learn more about the ideology of BJP. The screenshot which went viral involves Amit Shah sitting on a desktop and reading from the E-library. 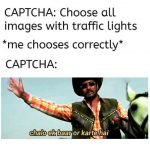 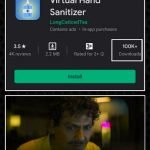