The Jaan de denge iske liye meme originates from the then Indian Home Minister Amit Shah’s Resolution In Lok Sabha To Revoke Article 370. On August 6th 2019, Amit Shah introduced a resolution seeking the revocation of the special status under Article 370 and the bill for the state’s reorganisation was met with stiff criticisms in Lok Sabha. During the speech, one of the opposition’s MLA interrupted the Home Minister’s speech by saying, “You are aggressive.” To which the minister replies, “Esliye aggressive hun kyunki Jammu & Kashmir ke PoK ko aap Bharat ka hissa nahi maante ho kya?” It means that he was aggressive since the opposition did not believe that PoK was India’s integral part. The social media platforms which were already pumped in by huge positive reactions and memes from the previous day’s session when the bill was introduced in Rajya Sabha, started creating jokes on it. The English translation of Jaan de denge iske liye is we will die for it. The popular use of the Jaan de denge iske liye meme is to mock someone who is passionate about something/someone. 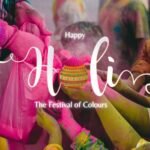 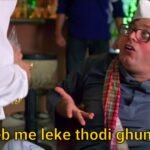