The Band Karo meme originates from 24th April 2015 during the Aaj Tak’s discussion on the unfortunate suicide of Indian farmer Gajendra Singh Rajput at Jantar Mantar in the Aam Aadmi Party’s Kisan rally. During the live discussion, Aam Aadmi Party’s Ashutosh Gupta broke down after the continuous allegations from the opposition of Indian National Congress’s Rajiv Tyagi and BJP’s Sambit Patra on Aam Adami Party and its workers for turning a blind eye to the incident. “Band Karo Main Haath Jod Ke Aapse Gujarish Karta Hun Ki Esmein Rajneeti Mat Kariye,” Ashutosh sobbed. The popular use of Band Karo meme is to express the idea of being in distress due to something/someone. 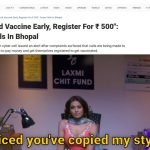 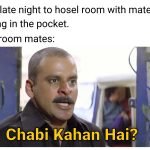