The Bawaal Cheez Ha Be meme originates from the 2018 Excel Entertainment’s Web series Mirzapur Season 1. In this Amazon Prime Video series, Guddu Pandit (the character played by Ali Fazal) says this to Bablu Pandit (the character played by Vikrant Massey) when got pistols from Akhandanand Tripathi. On the way to home, Guddu started firing randomly on the street and says to his brother, “Abey Bawaal Cheez Ha Be. Saala System Hil Jaata Hai.” The popular use of Bawaal Cheez Ha Be meme is to express sheer astonishment upon using anything for the first time. 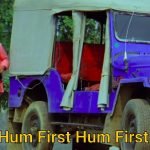 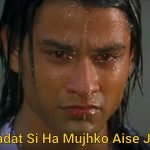