The Choti bachi ho kya meme originates from the 2014 Indian film Heropanti directed by Sabbir Khan and produced by Sajid Nadiadwala. In this Bollywood movie, Bablu (the character played by Tiger Shroff) says this dialogue to Dimpy Chaudhary (the character played by Kriti Sanon) when the latter is kidnapped by some local thugs who attempt to rape her but the former locates her in time and beats up on the thugs. The English translation of Choti bachi ho kya is are you a little girl?! The popular use of the Choti bachi ho kya meme is to mock someone for being naive.

On 4th May 2021, Mimicry Artist Deependra Singh posted the video doing rounds on social media in April 2021 created by @memesbynikhil. Just moments earlier, he did post the original mimicry video of Tiger Shroff by him on Instagram.

On January 25 2022, Redditor u/Too_harsh69 recreated the meme using the voice of the mimicry and posted it on the subreddit r/IndianDankMemes. It received more than 300 votes within 24 hours. 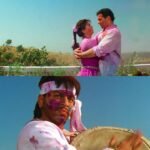 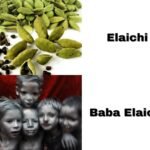