The Kya Matlab Maa Chudalo meme originates from the 2019 video uploaded by TVF’s network channel The Screen Patti. In the video titled ‘Ex Ki Shaadi’, Badri Chavan says these lines to his girlfriend while talking on the phone with her during the Daru party of his friend Abhinav. The screenshot soon became a meme viral which is used to show calm emotions when someone has abused you. 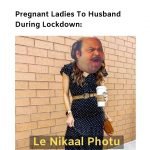 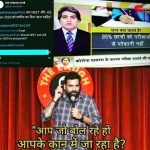