The Maal Kidhar Hai meme originates from the 2006 Bollywood movie Phir Hera Pheri. In the meme, Munnabhai (the character played by Johnny Lever) said this dialogue to Peter (the character played by Suresh Menon) when he was robbed with bags of drugs by three circus jokers. The popular use of this Munnabhai meme template is to show emotions of urgency in need of money or equivalent commodity. 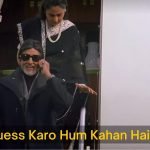 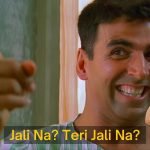