The Meet My Son Monkey meme originates from the sets of 2013 Hollywood movie The Wolf of Wall Street. The meme depicts Leonardo DiCaprio carrying a chimpanzee on his lap which is being used to showcase a foolish person. The meme is from a behind-the-scenes photo shoot of the casts. 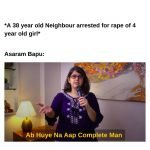