The Ye Kab Hua meme originates from the 2007 Indian film Dhol. In the Bollywood movie, Martand (the character played by Paresh Rawal) says this dialogue to Sameer (the character played by Tusshar Kapoor) when enquired about the whereabouts of the drum which they later find out was filled by money. The popular use of Ye Kab Hua meme is to mock someone who is behind the time. 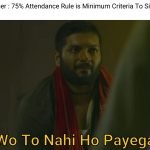 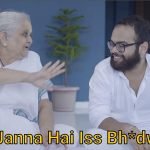