The Tuada Kutta Tommy meme started trending after Yashraj Mukhate posted his RAP video on Instagram on 8th December 2020. The RAP video titled “Tuhada kutta Tommy sada kutta kutaa” is basically a combination of Mohabbatein’s song Pairon Mein Bandhan Hai (originally composed by Jatin-Lalit) for music and the dramatic dialogue from Bigg Boss Season 13 Episode 86 by Shehnaaz Gill. Shehnaaz Kaur Gill, Punjabi singer and actress was popular in Big Boss 13 for being an outspoken person and full of spirits. Gill did win the second runner up behind Asim and Sidharth Shukla but there were a lot of such dialogues from the girl from Hoshiarpur.

On 8th December 2020, creator Yashraj Mukhate re-created this as a RAP song. He has previously recreated another dialogue from an Indian TV serial which was a trend for “Rasode mei kaun that?” and another one on 12th February 2021 – Pawri Hori Hai. The next day, the official channels of Colors TV and Voot posted the Big Boss clip on their official YouTube channels. Soon, brands like Swiggy, Goibibo, Radio Mirchi, Flipkart, Shaadi.com, Dunzo, Amazon Prime, Rapido, and others started posting recreated memes of Gill’s outcry in Big Boss. Below are some of the famous text of the memes: 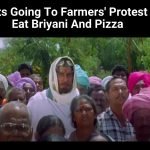 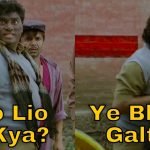