The Rasode Me Kon Tha meme originates from the 2010 Indian TV show Saath Nibhaana Saathiya. In the Season 1 Episode number 70, Kokila enquires Gopiben about who put up the empty cooker on gas by removing channe (Chickpeas) from it by saying, “Rasode Me Kaun Tha? Main Thi? Tum Thi? Kaun Tha?” An afraid Gopi replies with “Rashiben.” This Kaun Tha scene from the episode was recreated by a musician Yashraj Mukhate (who has re-created Pawri Hori Hai and Tuada Kutta Tommy)  in his beats video which was an instant hit on social media platforms like YouTube, Facebook, and Instagram with many asking that Rasode Mei Kaun Tha meaning? In the Star Plus show, it was Rashi (in collaboration with her mother Urmilaben) who made that accident appear like negligence from Gopi so that she can be kicked out of the house. That ends the reason why Rasode Me Kaun Tha meme is trending on the Internet. 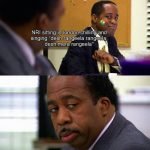 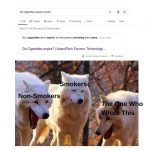