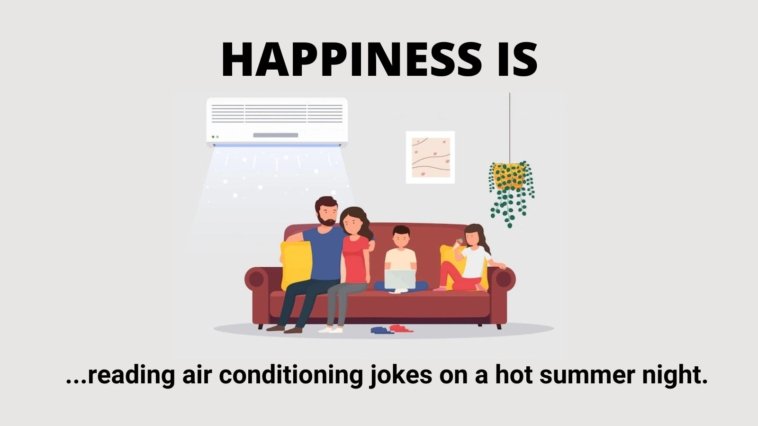 The summer heat is on, and so are the air conditioners in our homes. It’s great to be able to sit through long business hours in a suit without breaking a sweat—and to come in from an afternoon of yard work and have a cool breeze greet us at the door. So let’s face it: your air conditioner is a critical component of your daily life. Now, sit down and let’s hope that these air conditioning jokes tickle your funny bone.

First, check out this video below on why office air conditioning is sexist:

Did you hear about Metallica’s visit to a wind farm?

They were huge metal fans.

They are not a fan.

Why do some people not trust their air conditioning system?

What made the broken air conditioner so sad?

Because it couldn’t vent its problems.

What did the electrician use to keep his hair moisturised?

What similarities do air conditioners have with humans?

Just one, both get turned on when it’s hot.

Why are Husbands and Split A.Cs similar?

No matter how loud one is outdoors, it is supposed to be silent, cool, and remote-controlled inside the house.

Due to an issue with the air conditioning system, it was a very hot day at the workplace. There were around twenty individuals in tight quarters, and even with a fan on, everyone was sweating.

Suddenly, people began to wrinkle their noses in response to an odour travelling through the air. It was the most repulsive odour anyone had ever encountered. “Oh, man!” remarked one employee, peering out of his cubicle. “Somebody’s deodorant isn’t functioning.”

Unbeknownst to her husband, a wife is having an affair with a young man. Her husband couldn’t compete with this young man’s ability to make incredible love. When the affair began, the wife and the young man kept it strictly during the hours her husband was at work, but she craved more.

They eventually came up with the idea of creating a hole on her side of the bed. In this manner, he could make passionate love to her from beneath the bed even when her husband was at home. Everything was going swimmingly until the wife couldn’t keep quiet during intercourse and was groaning. “Aaaaah, aaaah, aaaah.” Her husband was lying next to her the entire time. When her husband enquired about the noise, she stated that a malfunctioning air conditioner caused it. The husband became agitated by this noise and instructed his wife to beat the unit around to quiet it down, as the AC was on her side of the bed.

They kept this secret affair going for a time until the husband had had enough of the broken air conditioner and his wife’s refusal to try to fix it in the middle of the night. So, when they were about to go to bed the next night, the husband sat on the wife’s side of the bed to try to fix the AC when it started malfunctioning again. The wife unwillingly agreed, confident that the young man beneath the bed would grasp what had happened and simply remain motionless for the night. Sounds from her husband’s side of the room woke her up in the middle of the night. “Uuuuhhhh, uuuhhhh…” “Is everything all right?” she worriedly asked her sweating spouse.

“How long has your unit been broken?” says the specialist.

“Why did you wait so long?” says the specialist. This hot weather is no joke.”

“My in-laws were here,” said the customer. They wanted to stay for a month.”

Why was the bird nabbed after flying out of the flue pipe?

It was draft dodging.

What caused the air compressor to start sweating?

Because it had to run the entire day.

Why did the HVAC Expert rush toward the air conditioner?

He was charging it.

Why did the AC technician cross the street?

He opened the air conditioner and discovered a wasp’s nest within.

Why wouldn’t the air conditioner keep the house cool?

The thermostat had a string of SETBACKS.

What did the employee do after he reciprocated his feelings to his hot co-worker?

He turned on the AC.

Why did Pavlov ring the bell whenever a breeze entered his room?

What do you call it when O2 and N2 work out together at the gym?

What did the customer say when he found out there was no air conditioner in the store?

What did the Church noticeboard say after its AC was stolen?

“Whoever stole our AC units keep one, it is hot where you’re going.”

What did the fan have to say to the air conditioner?

Why do strippers don’t have air conditioning in their homes?

Why did the youth turn to air conditioner fiction from fan fiction?

It was way too cool.

What do an air conditioner and a computer have in common?

When you open windows, they both lose efficiency.

Surprisingly, the waiter was really patient; he walked back and forth without becoming annoyed. Finally, a second customer inquired as to why he had not dealt with the nuisance.

“Oh, that man, I don’t care,” the waiter said with a smirk. “We even don’t have an air conditioner.”

Why did the boyfriend move out when his girlfriend’s AC broke down?

Since he loved her air conditionally.

Why do ICUs have air conditioning?

To keep the vegetables alive.

Why did Little Johnny keep the AC on for the whole day?

He learnt about global warming.

Two stoned men were talking at a pub.

One of the guys said,” I’m shivering from the air conditioner.”

To which the other guy replied, “Hey! I am Oliver from Minnesota.”

Who among a blonde, a redhead, a brunette, a black and an Asian is hottest sitting in their rooms?

Whoever forgot to turn on the air conditioning in her room.

What do you call people who don’t believe in Air Conditioners?

Why did the newlywed couple have a heated argument?

Both of them forgot to switch on the AC.

Does Air Conditioner certification have any value?

It just gives one ‘A license to chill.’

What happened when the frustrated employee broke all the ACs of the office?

He was charged with heat and run-case.

What do you call an AC business started in Washington?

It’s so hot that Optimus Prime converted into an air conditioner.

What do you call a fetish for switching on air conditioning?

David: How do you deal with heat?

John: I sit in front of the air conditioner.

John: What do you do when it’s extremely hot?

David: I turn on the air conditioning.

Friend: What happened, Brother? Why are you upset?

Little Johnny: My father bought a 2-tonne air conditioner, went home and weighed it, and it turned out that it weighed 62 kgs only.

Which of these air conditioning puns and one-liners made you laugh the hardest? Please leave your comments in the space below! 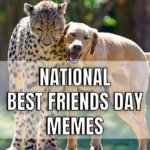 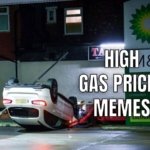