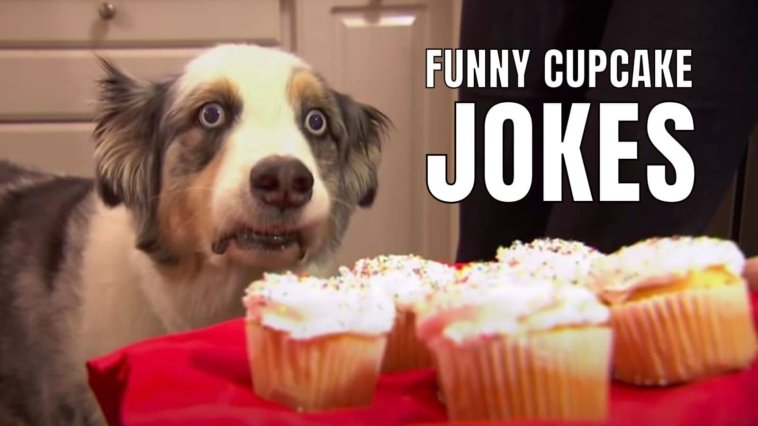 Everyone has a different view of what traditional celebration cuisine is or should be. However, certain foods are always guaranteed to be a hit, such as cupcakes. Whether you have a sweet tooth or not, you shouldn’t hold back when a cupcake is nearby. They are the joyous little miracles capable of making everyone smile.

You can never go wrong with cupcakes at a celebration. They are popular with children, adults, and even dogs, who can have animal-friendly versions produced. Also, because of their tiny size, you can experiment with numerous tastes and fillings without making a significant commitment. You can also add your or your loved one’s favorite fillings and a sweet note or pun in the center.

To mark that awesomeness, we’ve compiled a list of witty cupcake jokes. These one-liners, like the delightful treats we all enjoy, come in a variety of forms and flavors.

Did you hear about the guy who kept stealing his roomie’s food?
So the roomie ground up Pepper and made cupcakes with it. Pepper was a stupid name for the guy’s dog in any case.

What do you call an island populated entirely by cupcakes?
Desserted.

What is the difference between successful bakers and failed ones?
Failed ones only dream of cupcakes while others bake it happen.

Son: I’m making everyone a cupcake for my birthday.
Dad: What if they don’t want to be made into a cupcake?

What kind of cakes can you drink out of?
Cupcakes.

What do you call underwater cupcakes?
Drownies.

What do you call a cupcake that listens to Bob Marley?
A reggae-muffin.

What did one cupcake say to the other?
You ain’t seen muffin yet.

A 3-year-old was eating cake.
Suddenly, she scooped it into her cup.
Dad: Dear, what are you doing?
Daughter: I am making cupcakes.

What did the cupcake tell its frosting?
“I’d be muffin without you.”

Why did the cupcake lady get kicked off her hockey team?
She kept icing the puck.

What did baker sister tell her brother who sang terribly?
“Shut the Fucupcakes!”

A cake walks into a bar and orders a drink.
After a time, he discovers that everyone in the room has been staring at him since he stepped in. “What’s everyone’s problem?” he asks the bartender.
The bartender replies, “If I were you, I’d get out of here as soon as possible… Everyone seems to want a piece of you!”
“That’s nothing mate,” replies the cake, “I’ve taken on hundreds and thousands before, these guys would be a piece of cake. Their half-baked attempts wouldn’t get a rise out of me. I’m no cupcake, and they’ll be in teirs after I batter those fruitcakes. I think it’s a trifle rude that you’re making cake puns while I’m still here. Call the cops if you like, it’ll be the icing on the cake, I’ve been in custardy before, that’s just the way the cookie crumbles. Just let me finish my drink, I’ll be scone before you know it.”
“I’m sorry,” says the barman, “Thanks for pudding up with me.”

How do you describe a group of people who have come together to decorate cupcakes?
A sprinkler system!

What caused the baker to discard a batch of cupcakes?
They didn’t pan out!

Have you heard about the student who received a dry cupcake in his lunchbox?
He had a crummy day.

Why did the lady persist in splitting her cupcake down the center?
She wanted to halve her cupcake and eat it too.

Did you hear about the scary night when the kid saw dozens of giant cupcakes and pies everywhere?
The streets were oddly desserted.

Did you hear about the people who signed up to volunteer at a pro-life bake sale?
They’ll be selling cups of uncooked batter and insisting they’re actually cupcakes.

Why would the football coach throw a cupcake at a player of the opposition team?
He was icing the kicker.

What should you serve at a dog’s birthday party?
Pupcakes.

At a bear’s birthday party, what kinds of treats should you serve?
Cubcakes.

A man goes on a mission trip and becomes infected with a nasty parasite worm. Every doctor tells him he’s doomed and that the worm would starve him to death, but a friend who used to go on mission trips tells him about a doctor who has a way to get rid of the worm but cautions him that the doctor is rather unique.
The following day, the man arrives for an appointment, and after a brief interview, the doctor says: “I take care of these worms all the time, and it’s a 30-day therapy. Every time you come in for therapy, you must bring the following items: a carrot, a bottle of Coke, and a cupcake.” The man asks the doctor what things are for, but the doctor tells him not to bother him because there is no time to spare.
The following day, the man arrives at the office with the carrot, the coke, and the cupcake. The doctor advises him to pull his pants down and lean over the table, and before the guy can think about it, the doctor shoves the carrot up his rear, closely followed by the soda and the cupcake. The man is obviously terrified, but the doctor encourages him to relax “Do you want to live or do you not? Shut up and let me finish this.”
Because he is desperate, he puts up with the treatment. On the 29th day, after putting the carrot, coke, and cupcake into his mouth, the doctor tells him, “We’re almost done; bring the carrot and the coke tomorrow, but instead of a cupcake, bring a hammer.” The guy cries out again, but the doctor yells at him again, “Do you want to live? Believe me.”
On the 30th and final appointment, the guy arrives with a bag containing the carrot, soda, and hammer. He pulls down his pants and bends down, as usual, then the doctor shoves in the carrot, and coke, grabs his hammer, and after a second or two, the worm pokes his head out of the guy’s buttocks and asks, “Where’s the cupcake?” and then BAM! With the hammer, the doctor dispatches him.

How can you express gratitude to a baker for baking your cupcakes?
Send them flours!

Have you ever noticed how the cupcakes on display usually appear to be better than the ones you get from the baker?
You might say it’s a bake-and-switch!

What do you call a dozen really delicious cupcakes?
A batch made in heaven!

How do you put the chocolate filling into cupcakes?
Just keep going until they’re choc-full.

Husband to baker wife: If you were to leave me… please leave me one of your incredible cupcakes.
Wife: I won’t dessert you.

A CEO, a white worker, and a black worker are sitting at a table.
A waiter comes in with a plate with a dozen cupcakes. Before the plate hits the table, the CEO reaches over, takes 11 cupcakes from the plate, and stuffs them in his jacket.
Then he leans over to the white worker and whispers in his ear, “That black man is looking at your cupcake.”

What is the best pickup line for a baker’s daughter?
“Hey girl, put down that cupcake, you’re already too sweet.”

What do you call a little iced muffin that causes chronic pain?
A cupc-ache.

What does the best hockey team get for their season-ending celebration?
Stanley Cupcakes.

What do cupcakes and a baseball team have in common?
They both count on the batter!

What is the best snow day cupcake?
The ones with thick icing!

A man walks into a barbershop with his five-year-old kid.
While he sits to get his hair cut, his daughter stands next to him, eating a cupcake.
“Sweetheart, you’re going to get hair on your muffin,” the barber cautions her.
She looks him in the eye and says, “I know. I’m gonna grow tits too.”

What does Frosty the Snowman like on his cupcakes?
Icing!

When someone pointed out that the pig was baking cupcakes incorrectly, what did he say?
“Listen, I’ve been bacon my whole life.”

What makes a baseball cupcake different from a baseball muffin?
The batter.

What drove the robber to break and enter the bakery?
Because he heard the cupcakes were rich.

Why is Gandalf’s cupcake bakery so popular and successful?
Because he has a magical staff.

A mother and daughter were at the zoo.
They witnessed two monkeys mating while visiting the zoo. “Mommy, what are those monkeys doing?” the daughter inquires of her mother. The mother panics and exclaims, “They’re preparing cupcakes,” to which the daughter just responds, “Oh, okay.”
The girl approaches her mother the next day and says, “You and Daddy were cooking cupcakes on the couch, weren’t you?” The mother, taken aback, asks, “How did you know?”
The daughter then replies, “Because I was licking the icing off the couch!”

Why wasn’t the teddy bear able to finish his cupcake?
Cause he was stuffed.

What was the cupcake’s reply to the fork?
“You want some of me?”

Why didn’t the cupcake talk to the croissant?
Because he had muffin to say.

What did the ice-cream say to the sad cupcake?
“What’s eating you?”

Why do they place candles atop cupcakes?
Because it’s too hard to put them on the bottom!

At birthday parties, what do chickens serve?
Coop-cakes! 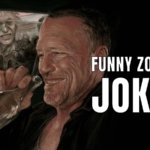 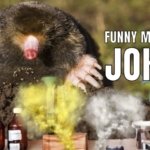