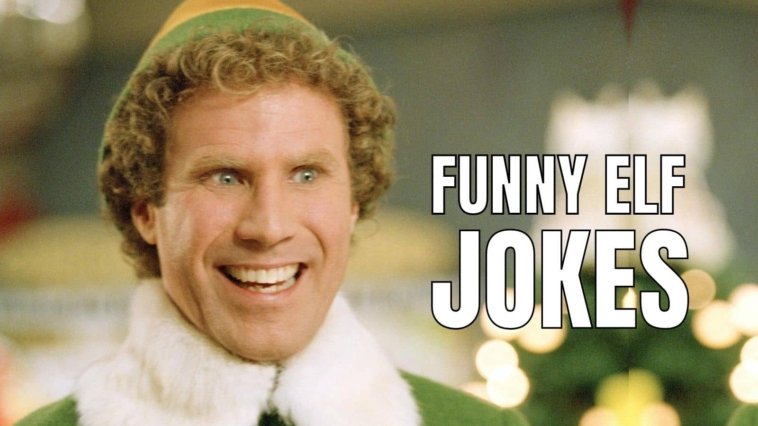 If you enjoy the film “Elf,” you’ve come to the right place to find the best elf jokes in one place. You’ll want to share these with all of your friends once you start scrolling through them!
Our family enjoys humor, and these Elf jokes are no exception. We can literally sit and laugh for hours, if not days, at the same joke! So, as Christmas approaches and the Christmas movie season begins, turn on Elf and dive headfirst into laughing at all the Elf puns we adore.

Why was Santa’s little helper depressed?
Because he had low elf esteem.

How do elves measure their height?
In Santa-meters!

What does an elf have for his birthday?
Shortcake.

What did Santa say when he caught an elf stealing toys?
“Don’t be elfish!”

How many elves does it take to screw in a lightbulb?
None, they just say, “The time of the bulb is fading,” and do nothing.

Why does no one like child Elves?
They’re too elvish with their toys.

Did you hear about the elf that fell in love with a dwarf?
They say she got arrested for sleeping with a miner.

What’s the rudest type of Elf?
The GofuckyoursELF.

Did you hear about Santa’s elf who shoots rockets from his feet?
His name is Missile Toe.

What do you call an elf wearing earmuffs?
Whatever the hell you want. He can’t hear you.

How does Santa sort his books?
Elf-abetically.

When is a pixie not a pixie?
When she’s got her head down an elf’s pants, then she’s a goblin.

A human, an elf, and a dwarf walk into a bar.
The Hobbit laughs and walks under it.

Knock, knock.
(Who’s there?)
Elves.
(Elves who?)
Elves that need directions to the North Pole!

What do you call a female elf?
Shelf.

What do you call an Elf that just won the lottery?
Welfy.

Why did the elf have to play with Mega Bloks?
Because he was Legoless.

What do you call an elf who sings?
A wrapper.

A man seeks medical attention for incontinence.
Man: Doc, I’ve got a problem. In the middle of the night, I keep peeing in bed.
Doctor: Why is that? What’s the issue?
Man: Well, this little elf appears in the middle of the night, around midnight. He climbs into my bed, approaches my ear, and asks, “Did you pee yet?” I say, “No.” “Well, what are you waiting for?” he asks. That’s when I have to pee.

What sort of elf lives in a can?
A sprite.

When is an elf not an elf?
When he’s got his head up a fairy’s skirt, then he’s a goblin.

What do you call a disappointed Elf?
A Bummer.

What kind of money do elves use?
Jingle bills.

What do elves learn in preschool?
Not the elf-abet, no; they don’t learn anything because they don’t exist.

What’s the difference between Santa Claus and Harry Potter?
Santa would never free an elf.

An overworked elf walks into a bar the day before Christmas and orders a beer.
“Hey look, everyone! It’s an elf!” the bartender exclaims.
“I’m sorry, but that phrase is now insensitive and politically incorrect,” the elf says. “We prefer to be called subordinate clauses.”

What do you call an elf with a personal trainer?
Elfy.

What kind of jokes would a depressed elf tell?
Elf-deprecating.

What does German Santa Claus have in his workshop?
11’s.

Why do elves laugh when they run?
Because the snow tickles their balls.

Why are elves, such great motivational speakers?
They have plenty of elf-confidence.

Doc: This is very simple. Don’t do anything different tonight. Go to bed, and when the elf appears and asks if you’ve peed, simply say “yes,” and the problem will be solved.
So the guy returns home and goes to bed. The elf arrives right on time, around midnight. He climbs onto the bed and whispers something into the man’s ear.
Elf: Did you pee yet?
Man: Yes.
Elf: Did you poop?
Man: No.
Elf: Well what are you waiting for?!

Is Eminem an elf?
Because he is a wrap god.

How do elves wash their hands?
With Santa-tiser.

At Santa’s workshop, there are no Christmas bonuses. Why not?
Because they’re all elf-employed.

What do you call a house elf that edits documents?
spoiler
A-Dobby (Adobe).

What would you call Dobby, the house elf, if he were a really good speaker?
Dolby.

What do you get when you mix an elf and a Scientologist?
Elrond Hubbard.

What do the Elves call their friends living by the sea?
Watermellons.

Why do you never see Father Christmas in a hospital?
He has private elf care.

What’s the Jewish version of Elf on a Shelf?
Mensch on a bench.

How did you learn archery?
I’m elf-taught.

Hero: I swear I will have my revenge for the death of my brother!
Elf: You have my bow.
Dwarf: And my axe.
Necromancer: And your brother.

What’s the difference between Cardi B and an elf?
An elf can wrap.

An Orc and an Elf are sitting at a tavern looking at a pretty hobbit girl.
“I took her on a date last night,” bragged the Orc. “And she let me reach under the table and diddle her hairy twat!”
“Liar.” Says the Elf. “It’s true! She loved it. Go ask her.” Says the Orc.
So the Elf approaches the pretty Hobbit. “Is it true that you went on a date with that Orc?”
“Oh yes, he was wonderful.” Says the hobbit. “Best foot massage I ever had.”

Did you hear about Legolas’ murder trial?
He was innocent. Turns out it was elf defense.

Why was Santa forced to shut his grotto?
He was being investigated by the Elf and Safety Executive.

What did Han Solo say to the Keebler elf who complained he couldn’t understand Chewbacca?
“Sorry friend, that’s the way the Wookiee mumbles.”

How do you enslave a house elf?
By doing its laundry.

What type of elf is the most chill?
The high elf.

How do Santa’s helpers pay for their groceries?
Elf Checkout.

What do you call an elf that lives in New York City?
A metrognome.

What do you call an elf that goes rogue?
A rebel without a Claus.

Why did the dyslexic elf get fired?
He kept writing “From Satan” on children’s New Year presents.

Why can’t you borrow money from an elf?
Because they’re always a little short.

A dwarf, an elf, and a man are wading a river.
The elf says, “Wow, the water reaches up to my waist!”
The man says, “Well it reaches my chest.”
The dwarf says nothing.

What do you call a dyslexic Ghost Rider?
Elf Rider, because he would’ve sold his soul to Santa!

Santa’s elves do not live at the North Pole full-time. Where do they live during the summer?
In Philad-elf-ia.

Why did the elf turn the naughty list into a spreadsheet?
He was told to make a Yule log.

What is an elf’s favorite sport?
North-pole vaulting.

What do you call a pre-teen elf?
Twelvish.

What type of elf has lots of books?
A bookshelf.

Why did they say that “Dobby is free”?
Because they were having a sale at the elf store.

How do you stop an elf from drowning?
Take your foot off the back of his head.

How do you catch an elf who fell from a cliff?
A pitchfork.

Why are elves so cold at Christmas?
Because it’s in Decembrrrrr.

Santa wakes in a start and turns to Mrs. Claus.
“I just had the weirdest dream, and I can’t make any sense of it.”
Mrs. Claus sits up and replies “Why don’t you tell me about it, dear?”
“They’re I am, doing the Christmas eve rounds, checking in on the workers and I see one of them topping up the sleigh with gas. It’s just routine work, but it woke me up tonight. What do you make of it?”
“Oh I see,” Mrs. Claus says, “very interesting.”
“Well?” Santa says expectantly.
“This is a classic example of an elf fuel filling prophecy.”

Did Rudolph the red-nosed reindeer go to school?
No, he was elf-taught.

What’s funnier than a dead elf?
A dead elf in a clown costume.

What do you call an elf nailed to the wall?
Art.

What’s the difference between a gnome and an elf?
Gnomenclature.

What kind of laptop do elves use?
A Rivendell.

Have a better elf joke? Let us know your own witty puns and one-liners. 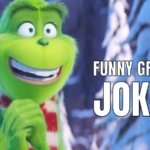 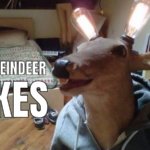