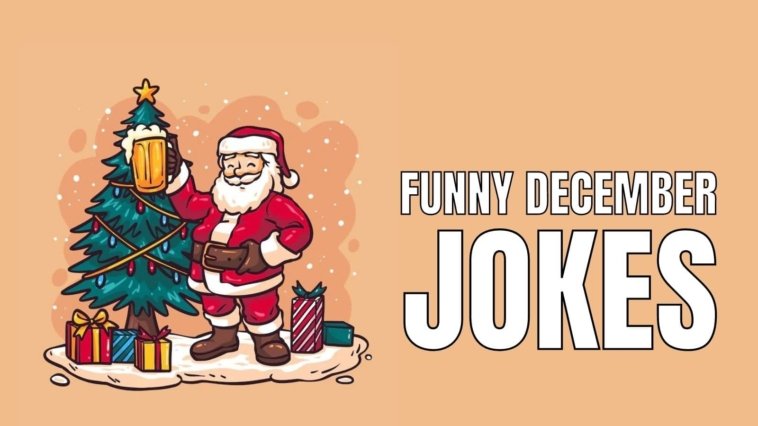 We are now in the final month of 2022. Let us celebrate the month of December by having some fun every day. There are 31 days in the month, and there are plenty of December jokes to go around! From Christmas holidays to New Year’s Eve – and don’t forget about cold weather especially in the Northern hemisphere in general – we’re sharing our favorite December jokes for the festive period.

Are you prepared to face this? Don’t worry if this month makes you nervous. It’s going to be a busy and chaotic month. We mean, 2022 will pass in an instant. Have fun on the ride.

What happens to people who crack bad Christmas jokes?
Decembered.

Did you think that No Nut November was bad?
Wait until No Net December.

Yo mama so cold in December, she sweats helium.

Where are you only allowed to swim if you have red hair, a lip piercing, three brothers, a missing finger, are slightly overweight, and have a birthday in December?
The specific ocean.

Do you know who Russia’s 3 greatest generals are?
December, January, and February.

What did the genetic engineer say on December 25th?
Merry CRISPRmas!

I’m an atheist 11 months out of the year, but in December.
I’m eggnogstic.

Did you hear about those for whom December is the worst time of the year?
Someone who is Claus-trophobic.

What happens after December 25?
Santa Close.

Why was Mariah Carey sad when she was gifted a piece of land last December?
She didn’t want a lot for Christmas

Did you hear about the boss who didn’t give his employee a single weekend off this December?
He’s a sleigh driver.

What dessert does the Grinch eat in December?
Heist cream!

Why do Santa’s helpers go to therapy in December?
To help their elf esteem.

Yo mama so cold in December, when she sat in a hot tub, it froze.

Why does winter come in December?
Cause of NNN.

What did the haunted spice cabinet say when December arrived?
“Season’s greetings!”

When do Santa’s elves have their Christmas party?
On December twelfth.

What did Mary say on 26 December?
Jesus Christ that hurt.

What did the slaves call their masters in December?
A Christmas cracker.

What does December have that other months don’t have?
The letter D.

What do chickens celebrate in December?
Eggs-mas.

Do you know that there’s a place where January comes after February and December come before September?
It’s the dictionary.

What can you catch in December if you close your eyes?
A cold.

What do bees do during December?
Put on their yellow jacket.

What do cranberries say at 12 a.m. on December 25th?
Cranberrrrrry Christmas!

December is the month when the kids begin to discuss what to get Dad for Christmas.
Some insist on a shirt.
Others insist on a pair of socks.
The argument always ends in a tie.

How can you spell December 25th, 2022 using only five letters?
TODAY.

Which month is the best for sleepovers?
Deslumber.

Why was the jazz musician practicing his trumpet outside in December?
Because he enjoyed cool music.

How do you know the heating bill for December is too high?
Dad won’t even let you open the windows on your advent calendar.

What’s so great about buying all Christmas presents in early December?
Is advent-ageous.

What do truckers celebrate in December?
The haul-idays.

Why is December the best month to refill your spice rack?
It’s the most wonderful thyme of the year!

What’s so special about December?
It is like ‘Friday’ of the months.

I hate that SEPTember, OCTober, NOVember and DECember aren’t the 7th, 8th, 9th and 10th months.
Whoever messed this up should be stabbed.

How does a British neckbeard ask to have his backside heavily tanned in late December?
Crisp m’arse.

What do you call two Karens born in December?
A pair o’ Sagittarius saggy terriers.

In December, two blondes in a forest are looking for a Christmas tree.
They go all around the forest for hours.
Then one of them says, “I’m tired and fed up with the searching – let’s take some tree without the decoration.”

Why is it cold at Christmas?
Because it’s in December.

Where do fruits go on vacation in December?
Pear-is.

What did the reindeer say when he won the lottery in December?
“Christmas be my lucky day.”

Where does Santa go after December?
At a ho-ho-hotel.

Why was the Christmas caroller locked out in December?
He couldn’t find the right key.

Why is the turkey never hungry in December?
It’s stuffed!

Where does a snowperson keep its money in December?
In a snow bank.

What did one cranberry say to another in December?
“Tis the season to be jelly!”

Why did the chimney go to the doctor in December?
Because it had the flue.

What do Santa’s reindeer do on December 26th?
They head into town to blow a few bucks

What would be the female equivalent of No Nut November?
Dildon’t December.

I told my wife I was taking part in No Nut November.
She said ignoring her mood swings for a month won’t help come December.

Why were Mrs. Claus’s babies all born in September?
Cause he empties his sack in December.

Have a better joke about December? Write down your own puns and one-liners in the comment section below! 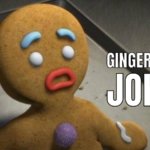 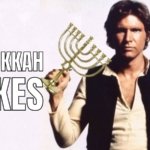