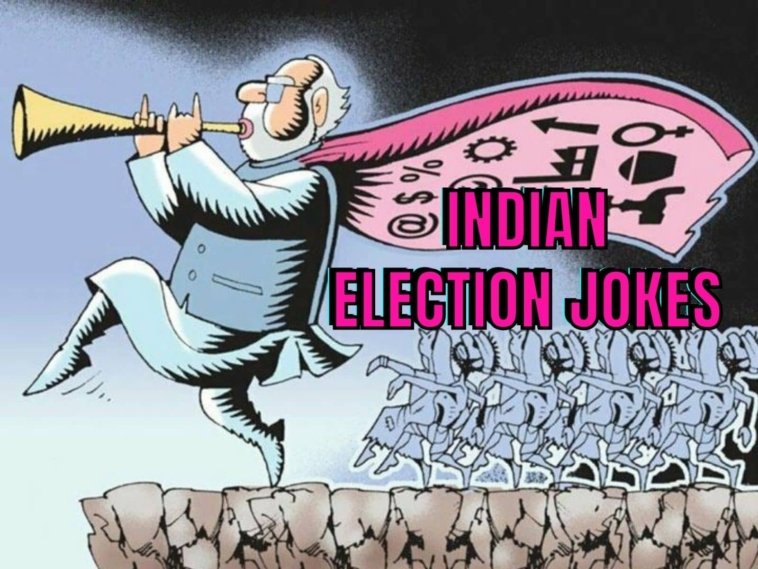 The world’s biggest democratic election is the Parliamentary general elections (Lok Sabha) that happen after every 5 years. In 2019, there were 900 million eligible voters in India making this the largest Democratic exercise in the history of humanity. An eighth of the world’s population was eligible to vote in this election. As you can fathom, the eligible candidates or politicians are subject to a lot of criticism when they win or lose. So today we give you the list of funniest Indian Election jokes from every corner of the country.

Let’s take a look at the Patriot Act in which Hasan Minhaj analyzes the current state of politics in India.

Chhattisgarh Minister: The voters will get ‘Electric Shock’ if they don’t vote/press the button for Congress.

Villagers: Atleast, electricity will come under this pretext.

Hema Malini: I have done a lot for Mathura, but don’t remember much.

People: We cannot blame you as staying with Dharmendra come with consequences i.e., whiskey in KENT RO Water Purifiers.

What has changed in Bhagwant Mann?

Nothing. Previously, he used to crack jokes as a standup comedian and now as a Chief Minister of Punjab.

What is the similarity between a Kamal Hassan film and Aam Aadmi Party?

All characters are played by the same guy.

“You!” exclaimed Kapil Sibal. “Are you trimming my hair or investigating?”

“Sir, what’s this Black money issue?” the barber questioned Pranab Mukherjee the next day while cutting his hair.

“Why did you ask me this question?” yelled Pranab.

“Sorry Sir, I just asked you,” says the barber.

“Are you an agent of Baba Ramdev?” the CBI asked the Barber the next day.

“Are you Anna’s agent?” CBI inquires.

“Then why did you ask Congress Ministers about Swiss Bank and Black Money while cutting their hair?” asks CBI.

“Sir, I’m not sure why, but when I inquire about the Swiss Bank or black money, Congress Ministers’ hair stands up straight, which makes it easier for me to trim their hair.” That is why I continue to inquire.”

What is the similarity between Nirmala Sitharaman and your school principal?

Well, both blame millennials for their problems.

While filling out a form, why did Lalu Prasad Yadav write “Innova” under the Zodiac sign?

Because on the previous page, Lal Krishna Advani wrote Scorpio.

Not why, who? Yogi Adityanath.

Why should Arnab Goswami’s debate name change into Man vs Wild?

Because in it, the panel is trying to survive against Arnab.

Why is the difference between Narendra Modi and Mamata Banerjee?

Nothing, Mamata Banerjee is Narendra Modi in a cotton sari.

What is the similarity between Shakuni and Digvijaya Singh?

Well, both are known for flattery to dynasties and both did their best to get the prince to the throne.

Why was the Communist Party of India embarrassed?

It was just voted the Most Democratic Party of West Bengal in a poll.

Shashi Tharoor: Bestow me with the delectation of your occurrence in my mansion.

Even if one gets angry, the other is ready to recharge her phone!

How will Kejriwal tackle the growing eve-teasing cases in Delhi?

Allowing people to get out of their homes only on alternate days on the basis of gender.

Who is Jackky Bhagnani of Indian Politics?

At an age when a son gifts his father a car, Akhilesh Yadav snatched away the cycle from Mulayam Singh Yadav.

Which Indian politician should get Oscars?

Manmohan Singh for acting as the PM of India for 10 years.

What is the difference between Sunny Deol and BJP?

Both are known for fighting Pakistan vigorously on camera.

Why is the wildlife not growing in the city of Mumbai?

Because of Sanjay Gandhi National Park.

What happens when you book the tickets for a movie through an app?

The tickets get booked for Prime Minister’s Biopic.

What is the USP of Priyanka Gandhi?

Why did Mayawati build elephant statues around her statues in UP?

Due to the warning of a possible terror attack on her.

A pregnant lady delivers her baby outside ATM in Kanpur city.

But people are still saying that Narendra Modi is not delivering.

A BJP-supporter’s child was solving HC Verma and get’s stuck in a Physics problem.

Child to his father: Papa, who will go cycling at the speed of 10km/hr?

Why was Navjot Singh Sidhu beaten up by cell inmates?

Why did Daler Mehndi join BJP?

Because Mehndi is good at converting from green to Saffron.

What lesson did you learn from Rahul Gandhi’s win in Wayanad and defeat in Amethi?

Literacy and intelligence are not the same things.

Right-Wing: “If you don’t like India, go to Pakistan.”

How are Indian Politicians playing Kaun Banega Crorepati (KBC) but in reverse order?

First, they make money then they answer questions.

Indian English Teacher: One day, our country will corruption-less. Now, Ajay tell me, which tense is this?

What is the similarity between Chacha Chaudhary and Narendra Modi?

Chacha Chaudhary had Raka while Narendra Modi has RaGa.

Who is Pragya Thakur?

A famous chemical engineer from Malegaon.

What do you call the courts in Delhi?

What other portfolio was handled by Jawaharlal Nehru apart from PM?

Aryabhata: I gave birth to the digit zero.

Priyanka: Congress to give 40% tickets to women in UP polls.

BJP: So what, we will buy their husband & Children.

Mayawati: I will come free.

Akhilesh: If u stop calling me tooti chor, I will not target BJP.

Why did BJP give Lok Sabha Ticket to Gautam Gambhir?

Because he is amazing when there is a left-right combination on the field.

Why does INC think that Mann Ki Baat is not something new?

Because Manmohan Singh also used to do it but with himself.

Why should Amit Shah start his own bulldozer company?

Because he is good at destroying politicians’ careers and alliances.

Why does Rahul Gandhi play Farmville?

What’s a fun fact about India?

A 25-year-old girl is called Radhe Maa and a 66-year-old woman is called Behen Mayawati.

Elections were approaching in Uttar Pradesh.

Political leader to friend: Which party should I join – BSP or SP?

Friend: You can decide whichever you want but in the end, Amit Shah will compel you to join BJP.

Modi after the speech: How’s the Josh?

Rahul after the speech: How’s the Joke?

Akhilesh Yadav after the speech: Where is the Tonti?

Kejriwal is so honest that when he throws a party he calls the cops after 10 pm.

How do P. Chidambaram and Amit Shah form political equilibrium in India?

Well, when one is Home Minister, the other is in jail.

On which topic do the BJP and Congress have an agreement?

Son: Father! I am looking for a career in organised crime.

Dad: Government or the private sector? 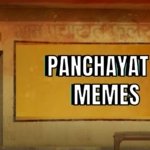 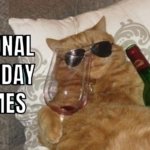