We know It is not appropriate to make Indian jokes, and doing so can be hurtful and offensive. It is important to respect and appreciate the diversity and uniqueness of all individuals and to treat everyone with kindness and consideration. But, growing up in a desi environment or as a neighbor will teach you that Indians can be the nastiest, most insane, and most hilarious individuals. They, too, have a variety of reasons for being the way they are. Whether it’s getting angry about traffic or losing it over something someone said once, they never fail to be truly funny.

To be honest, humor in Indian public life is uncommon. In private, Indians may be rather funny. However, there are no well-known comedians or comedy events. Humor cannot thrive among stuffy politicians and public employees because the air is too thick with self-love and egotism.

Did you hear about Johnny’s wife who left him for an Indian guy?
He knows he’s going to treat her well, he heard they worship cows.

What did the Indian boy say to his mother as he left for school?
Mumbai.

How many Indians does it take to fix a lightbulb?
Two. One to do the task and the other to explain how lightbulbs were actually invented in ancient India.

How does an Indian girl tell her family she will be wearing a Western dress to her wedding?
“Sorry, not Sari.”

Yo mama so fat, she sweats ghee and shits Gulab Jamun.

Why Indians can’t win a football match?
When ever they get a corner, they put up a shop there!

When Indians feel ill, what do they do
They use their Sikh leave.

Did you hear about a boy who was born to an Indian, Chinese, Irish, and Italian grandmother?
They couldn’t settle on a name until it hit them. They named him Ravi O. Lee.

A foreigner asked an Indian man, “Why do Indian women have red dot on their foreheads?”
Indian man replied, “Because they record everything..”

Why Indian aunties are dangerous to your privacy?
Because desi everything.

What did the Indian chip say to the melted cheese at the dance party?
“Let’s Nacho!”

How can you tell the difference between an Indian and an African elephant?
One of them is an elephant.

Why are Indian sandwiches so good?
Because of the New Delhi that opened up.

What do you call a martial artist who works at an Indian restaurant?
Bruce Ghee.

Did you hear about the kid author who played an Indian food dice game?
Rolled Dhal.

A man walks into an Indian restaurant.
“Have you ever ordered here before?” inquires the waitress.
“No, I haven’t,” the man says.
“We’re a little different here,” the waiter continues. “Before you order, please read and sign this form,” he says, handing the man a piece of paper.
The man squints at the paper and reads the single words, “We have naan here.” The man glanced up, bewildered, and inquired as to why he had to sign this useless statement.
The waiter replied, impatiently, “Just sign the naan disclosure agreement and we can move on.”

Why doesn’t Yelp remove fake reviews of Indian restaurants?
Because everyone likes a little naan fiction.

What do you call an Indian person who doesn’t live in India?
An outdian.

How are the actors and actresses chosen in Indian movies?
The cast system.

What is the perfect tool for making good Indian flat bread?
it’s a naan stick pan.

What is Indian children’s favorite playground game?
Hide and Sikh.

Did you hear about the Indian who had to sleep in the hotel lobby?
He didn’t have a reservation.

An Indian and two Pakistanis sat on a Plane.
An Indian got a seat between two Pakistanis on a plane. Relaxing, he took his shoes off.
Soon enough, he got hungry.
“Hey, I’m going to get myself a snack. You guys want anything?” He asked the Pakistanis.
The man to his right said he would like a Coke.
“Of course.” said the Indian.
“After all, Indians and Pakistanis are Brothers!”
When the Indian went to get the coke, the man who asked for the Coke spit in one of his shoes.
Once the Indian came back, the guy to his left asked him for another Coke. He happily obliged. While he was gone, the man spits in his other shoe.
Soon enough, the Indian returned, with the Coke, of course. After everyone had settled down, and the Pakistanis had had half their Cokes, the Indian put his legs in his shoes and sighed.
“How long will we keep doing this, brothers? Spitting in each other’s shoes, pissing in each other’s Cokes?”

Yo mama so fat, she went to India and broke the record of the slimmest mom present in the country.

A nice Indian woman gets up mid-flight to the US and shouts, “Is there a doctor here?”
A nice, serious guy approaches her quickly and tells her, “I am. What is the problem?”
She replies, “Do you want to meet my daughter?”

What do you call an Indian atheist?
A naan believer.

What’s the name of the best Indian restaurant in Kansas?
Curry On Wayward Son.

What do you call someone who delivers Indian food?
A currier.

What happened to the Indian who drank too much tea?
He drowned in his teapee.

Why were the Indians in America first?
Because they had reservations.

A white guy, a black guy, an Indian, an Asian woman, and a girl in a wheelchair walk into a bar.
They are celebrating being on the cover of a middle school math book.

A teen went to get a tattoo of an Indian on his back.
Halfway through he said, “Don’t forget to put a big tomahawk in his hand.”
The tattooist said, “Hang on pal, I’ve only just finished his turban.”

How do Indian chefs defend themselves?
With Naan-chuks.

Why do Indians love New York?
Because there’s a Delhi on every block.

What do you call a hot Indian girl?
Bomb Bae.

Did you hear about the Indian boxer that defeated his opponents with wordplay?
He was known as Punjab.

What’s the name of the Indian Tightrope Walker?
Balansingh.

What do you call an Indian who has a phone with a low battery?
Charjit.

What do you call Indian Banana bread?
Banaan.

Why are there no good Indian actors?
Because all the good ones are trying to get your bank details over the phone.

Why did the Indian man cross the road?
To curry favor.

What do Indian vocalists do?
They Singh.

What do you call the Indian member of an Indie band?
An Indie-an.

What do you call an Indian electrician?
Ashok.

Why did Indians use to ride elephants from place to place?
They had great trunk space.

What is the ancient Indian book on getting internet points called?
Karma Sutra.

A Greek and an Indian were drinking tea one day discussing who had the superior culture.
“Well, we have the Parthenon,” the Greek responds.
The Indian responds, arching his brows, “We’ve got the Taj Mahal.”
“We Greeks gave birth to excellent mathematics,” the Greek responds. The Indian nods in agreement and explains, “”However, we invented the number 0.”
And so on until the Greek comes up with what he believes will conclude the debate.
With a final flourish, he declares, “We invented sex!”
The Indian replies, “That is true, but we are the ones who introduced it to women.”

What do you call an Indian woman who pushed her father off a cliff?
Push-Pa.

What do you call an Indian in a Lamborghini?
CURRY in a hurry.

What do you call Indian food that makes graffiti?
Vandaloo.

What do you call an Indian prisoner?
Shankit.

What do you call a lost Indian woman?
Ms Singh.

What does the dot on the forehead of an Indian girl signify?
It’s a placeholder for the name of their domain!

Why did the old man leave an extra tip at the Indian restaurant?
He was sheikhing to curry flavour.

What do you call 2 Indians on a dating website?
Connect the dots.

Why can’t the bankrupt Hindu complain?
He’s got no beef.

What’s the one, secret ingredient that makes Indian food so good?
Naan ya business.

What do you call an Indian with one leg?
Balan Singh.

Why can you claim your Indian Bread company as a charity tax deduction?
It’s a Naan Profit Organization.

What do you call Indian coffee?
A Kapur-chino!

What do you call a Bollywood fish?
Salmon Khan.

What are the degrees of egoism in Tamil Nadu?
I, Iyer, Iyengar.

What do you call Indian flowers?
Patels. 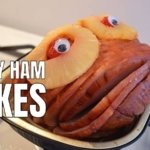 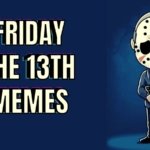