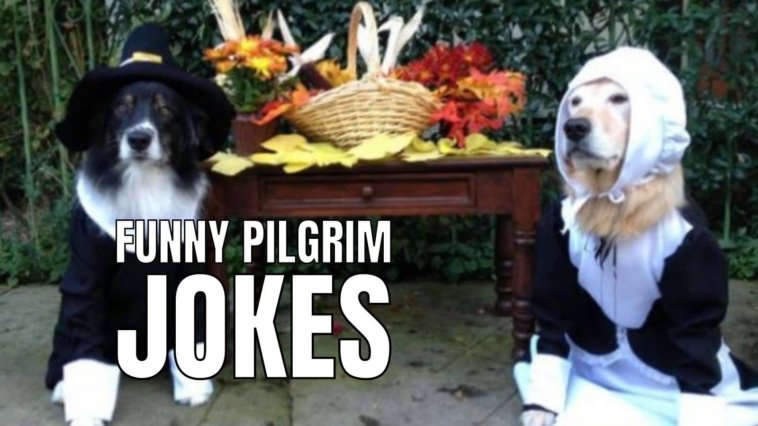 Thanksgiving is traditionally a time for family and food in the United States. Americans are taught that the tradition dates back to the Pilgrims, who helped establish Plymouth Colony in what is now Massachusetts in 1620.

While Thanksgiving gathering can be fun for everyone, in theory, things can get awkward when the turkey comes out of the oven a little (or a lot) overcooked or your uncle asks for the hundredth time when you’re planning to get married. Bring some funny Pilgrim jokes in your back pocket this year. Whether it’s one of the knock-knock jokes, puns, or ridiculous riddles about Thanksgiving, these laughs will undoubtedly relieve tension. If it’s not enough, then you can read some of the turkey jokes which are a fun treat.

If the Pilgrims were alive today what would they be famous for?
Their age.

Why did the Pilgrims spend their first Thanksgiving eating outside with the Indians?
They didn’t have reservations.

What did the Pilgrims call the turkeys that were hard to catch?
Fast Food.

How does a Pilgrim unlock a door?
He uses a turKEY.

Knock, knock.
(Who’s there?)
Mary.
(Mary who?)
Mariners were needed to sail the Mayflower.

What if the Indians gave the pilgrims a donkey?
Then we’d all get a little ass for thanksgiving.

What kind of music did the Pilgrims like?
Plymouth Rock.

What did the Pilgrim bartender say to the turkey?
“Wattle, ye have.”

Why did the pilgrims’ pants keep falling down?
Because they wear their belt buckles on their head.

If pilgrims traveled on the Mayflower, what do college students travel on?
Scholar ships.

A pilgrim is walking through the woods when he encounters a hungry bear. The pilgrim then kneels on the trail and joins his hands in prayer for salvation. To his surprise, the bear did as well. The pilgrim, encouraged by this, began to pray.
“Oh, Heavenly Father, please let this be a Christian bear! I don’t want to be eaten by those evil nasty devil bears!”
And the bear, to the great shock of the pilgrim, began to pray, too!
Kneeling there on the side of the road across from the pilgrim, paws clasped together, the bear prayed, “Oh, Heavenly Father! For this meal, which we are about to receive… we give thanks.”

Did you hear that In 1590, all of the pilgrims of Roanoke suddenly disappeared without a trace?
It was very un-settling.

What kind of car would pilgrims drive today?
A Plymouth.

What happened to the pilgrims who were involved in a class action lawsuit?
They reached a settlement.

Do you know why the pilgrims ate biscuits on the first Thanksgiving?
Because they had a boatload of May-flour.

Knock, knock.
(Who’s there?)
May.
(May who?)
Mayflower landed in Plymouth Harbor.

What do you call a Pilgrim that drops everything?
A Spillgrim.

What do you call an unfriendly pilgrim?
Miles Stand-off-ish.

What kind of tan did the pilgrims get at the beach?
Puritan.

What did the ducks say when the pilgrims arrived?
“Quakers.”

If April showers bring may flowers, what do may flowers bring?
Pilgrims.
What do Pilgrims bring?
Smallpox.
What does Smallpox bring?
Cheap land.

What does a Pilgrim call his friends?
Pal-grims.

How did the Pilgrims bring their cows to America?
On the Mooooo-flower.

When the Pilgrims landed at Plymouth Rock, what did one turkey say to the other?
They look nice. Maybe they’ll have us over for dinner.

What do you call the mother of a pilgrim?
Pilgranny.

Knock, knock.
(Who’s there?)
Phil.
(Phil who?)
Philgrims came over on the Mayflower.

What kind of face do pilgrims make when they’re in agony?
Pil-grimace.

What is the pilgrim cookbook’s smallest unit of measurement?
Pilgram.

What are pilgrims afraid of during Halloween?
Pilgrim Reaper.

What did the Pilgrim wear to Thanksgiving dinner?
A Har-VEST.

An Indian Chief and a Pilgrim are out hunting in the fields.
Chief: Never hunted with a white man before.
Pilgrim: Don’t worry I aim well. Last year I took down a…”
The Chief stops walking and slowly kneels down and places his right ear against the ground.
The Chief stands up and says, “Buffalo. Come.”
Pilgrim: How do you know?
Chief: Ear. Sticky.

What do you call a chef who invents a new pie recipe?
A pieoneer.

What do you get when you cross a Mayflower passenger with a cracker?
A Pil-graham.

What did pilgrims use to make cookies?
May Flour.

What do you call the age of a pilgrim?
Pilgrimage.

Why did the Pilgrims sail from England to America?
Because they missed their plane.

What If the pilgrims shot a bobcat instead of a turkey?
We’d all be eating pussy for thanksgiving.

How old do Muslim turkeys need to be before they go to Mecca?
Pilgrim age.

A grandmother was showing the children a painting of the Pilgrim Family on a Thanksgiving Day card they had received when she said, ‘The Pilgrim children enjoyed going to church with their mothers and fathers and praying to God.’
One of the grandchildren questioned her, saying, ‘Then why is their father carrying that rifle?’

Why did the Pilgrims eat turkey at Thanksgiving?
Because they couldn’t get the moose in the oven.

Do you know a better Thanksgiving joke about Pilgrims? Do share it in the comment section below! 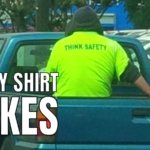 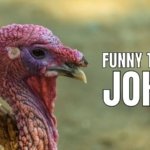