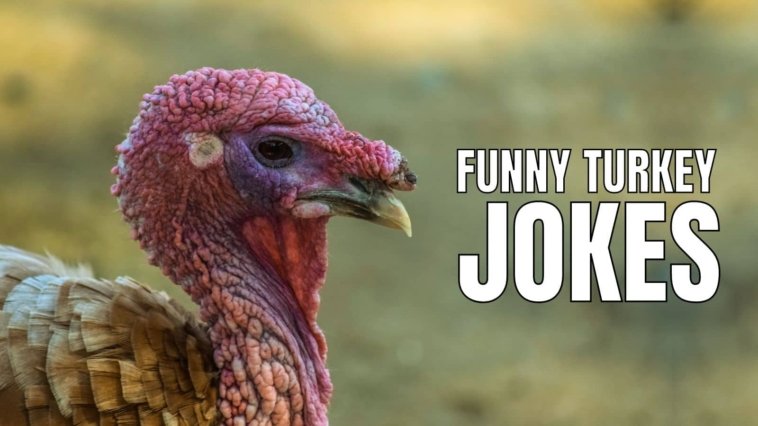 Thanksgiving is one of the most important holidays celebrated in the United States, Canada, Grenada, Saint Lucia, and Liberia on various dates. It is known for a trademark feast full of amazing foods and is traditionally headed up by a big turkey. Moreover, what comes to mind when you think of Thanksgiving? Gratitude? Nope. Jokes! These witty Turkey jokes will turn you into the life of the party.

There is historical evidence of a feast shared between the Pilgrims and the Wampanoag people in 1621. An event that has come to be known as the first Thanksgiving but it wasn’t the kind of Thanksgiving feast we might imagine today. There was no mashed potato stuffing or sweet pies for dessert and maybe most shocking of all there might not have been any turkey either. No one can say exactly when the turkey officially became the main course on the Thanksgiving menu but many point to a writer and activist named Sarah Josepha Hale – considered by many to be the person most responsible for making Thanksgiving a national holiday in the U.S and for making the turkey a mainstay of the menu. Since Turkey became a staple food in the 1800s to serve for feasts as they were super common, super easy to hunt, and big enough to feed a full family.

Which country has the worst air force?
Turkey; none of them can fly.

Why did the turkey cross the road?
To prove he wasn’t chicken.

Yo mama so fat, she didn’t eat the Thanksgiving turkey, she ate the country turkey.

Why was the turkey angry?
He just got roasted.

Knock, knock.
(Who’s there?)
Turkey.
(Turkey who?)
Turkey to cook in the pan!

What do you call a turkey’s evil twin?
A Gobblegänger.

Where do turkeys go dancing?
At the Butter-Ball.

How is Europe similar to a fridge?
You have the freezing cold part at the top. Then in the middle, you have cheese, cold meat, and a good drinks selection. Then down the bottom corner, there’s just turkey and grease.

How do you know 1915-17 have been the worst years in human history for food poisoning?
1.5 million Armenians died from bad turkey.

Why did Turkey want to join a band?
Because it had drumsticks.

“Honey, how about we play a game?” says the wife.
The husband says, “OK, so what’s the game about?”
The wife explains, “If I mention a country, you will run to the left side of the room and touch the wall; if I mention a bird, you will run to the right side of the room and touch the wall; and if you run in the opposite direction, you will give me your entire month’s salary.”
The husband replies, “OK, and if you fail, I’ll have your salary as well, right?”
The smiling wife says, “Yes darling.”
The husband approved, “Ok.” (stood up and was ready to run in any direction)
Then wife asks, “Are u ready?”
Husband replies, “Yes, ready.”
His wife shouts, “Turkey.”

What does a Canadian turkey say?
“Double double.”

Remember the guy who shot his first turkey?
He scared the shit out of everyone in the frozen foods section.

What do you call a turkey with no arms?
A turkey.

What kind of key has no lock?
A turkey.

Why don’t you take a turkey to church?
Because they have fowl language.

When is a turkey scary?
When it’s a goblin.

A woman is choosing through the frozen turkeys, but she couldn’t find one large enough for her family.
“Do these turkeys get any bigger?” she inquired of a stock boy.
“No, ma’am, they’re dead,” the stockboy replied.

When Thanksgiving was coming up, the kids asked their father for a puppy. When he got them one, they cried for days.
“I’ll just get a turkey next year like normal,” he explained.

Yo mama so fat, when I told her we were having turkey for Thanksgiving she brought her passport and a fork.

What is rotating the turkey called?
Flippin’ the bird.

What’s something that all cooked turkeys have?
They all have cavities and no teeth.

What was written on the turkey’s gravestone?
Roast in peace.

A waiter tripped and shattered a beautiful plate while carrying a large turkey at a Diplomats’ dinner.
When the Diplomat declared, “Gentlemen! You have just witnessed 4 major international events happening: Fall of Turkey, Breakup of China, Spillage of Greece and Frustration of Hungary.”

Why did the turkey cross the road during rush hour?
To show the chicken that he had guts.

Why did cranberries turn red?
They saw the turkey dressing.

What did the mother turkey say to her disobedient children?
If your father could see you right now he’d be turning over in his gravy.

Why did the Hungarians go to Turkey?
Because they needed something to eat.

What kind of key opens no doors?
A Turkey.

A soccer mom entered a tattoo parlor and requested a Christmas tree on her left thigh and a turkey on her right.
When they were finished, the artist inquired as to why she desired these tattoos.
She replied, “My husband always complains that there’s nothing to eat between Thanksgiving and Christmas.”

What country is never hungry on Thanksgiving or Christmas?
Turkey.

What is the most effective way to quit being vegan?
Cold turkey.

What do you call a baby turkey?
A goblet.

Which side of a turkey has more feathers?
The outside.

A young man inherited a fortune from his great-aunt, but there was a catch. He was required to care for her prized grey parrot as part of the terms of the inheritance. The executor informed him that if anything happened to the bird, or if he chose not to care for it, he would have to forfeit the inheritance and estate.
This seemed simple enough at first, but the animal proved to be unbearable. It bit him whenever he fed it, crapped on everything, and taunted him all the time. The parrot seemed to have a sixth sense of which buttons to press in order to get under his skin.
The man had had enough of the constant abuse after one particularly bad day. He yanked the parrot from its perch, pulled open the freezer door, and threw the creature inside, slamming the door shut behind it.
The muffled curses of the parrot continued, followed by a terrible shriek and then silence. The man became worried, fearing that his rage had cost the beast its life and him his new fortune.
After a brief pause, the parrot spoke again, this time with a meek apology. The man opened the freezer, surprised and relieved. The parrot was shivering in the cold. He extended his hand, and it gently climbed onto it. The parrot squawked as he looked him in the eyes, “Sir, please accept my apologies for my behavior. Since your aunt died, I haven’t been myself, and I’m afraid I’ve taken it out on you. Can you find forgiveness in your heart?”
The man nodded, surprised by the sudden change in the bird’s demeanor. The parrot sighed in relief and gazed back into the freezer. “If you don’t mind my asking, …what did the turkey do?”

How do you get a turkey to love you?
You butter it up.

What’s the name for a Middle Eastern fowl that can bowl three strikes in a row?
Turkey turkey turkey.

What sound does a turkey make while it’s fixing shoes?
“Cobble Cobble.”

What do you call a scary turkey?
A poultry giest.

What do you get when you cross a centipede and a turkey?
Drumsticks for everyone.

What happened to the turkey that got in a fight?
He got the stuffing knocked out of him.

A turkey wanted to climb a tree and tried his hardest, but he could only reach the first branch.
“Hey, can you help me get to the top of that tree?” he asked his strong bovine friend.
“Sure,” he said, “just eat some of my droppings because they’re high in nutrients!”
The turkey succeeded in reaching the third branch. So he decides to eat even more and makes it to the seventh. Then he eats as much as he can until he finally reaches the top!
Then he became tired, and the wind easily blew him off, and he died on the ground.
Moral of the story? Bullshit may get you to the top but it won’t keep you there.

A turkey is about to cross the road.
When suddenly the chicken appears and says, “Don’t do it man, you’ll never hear the end of it!”

Why did the turkey slide into my DMs?
Cause it wanted to get stuffed..!

What do you call a running turkey?
Fast food.

Did you hear the one about the turkey that was so big none of the other turkeys would play with him?
He was ostrich-sized.

Do you know the musical part of a turkey?
The drumsticks.

What do you call large poultry that is cooked with green onions?
A chive turkey.

For the holidays, little Johnny went to his grandfather’s farm. When he saw a cock doing his business with one of the hens while grandfather was showing him around the farm, he asked, “Grandpa, what’s that?”
Grandpa replied, “That’s a cock, and that’s a hen, and he’s serving her.”
Further on, Johnny saw a horse doing his business with a mare, and he asked, “Grandpa, what’s that?”
Grandpa replied, “That’s a horse, and that’s a mare, and he’s serving her.”
At dinner that night, Grandma said, “Grandpa, will you please serve the turkey?”
At that, little Johnny jumped up and said, “If he does that, I’m having a hamburger!”

Yo Mama is so fat, after sex, she smokes a turkey.

What do you get when you cross a turkey and a cat?
A pussy gobbler.

What’s the difference between Turkey and Duck?
Duck doesn’t deny the Armenian Genocide.

What is the difference between a turkey and your wife?
You stuff the turkey before eating it.

How do birds open doors?
With a turkey.

What did Turkey say after its leg got bitten off?
“Lost my leg in ‘nom.”

Can a turkey jump higher than the Empire State Building?
Of course, it can. A building can’t jump at all.

Why didn’t the turkey look in the fridge?
Because there might be salad dressing.

Do you know a better Thanksgiving joke about Turkey? Do share it in the comment section below! 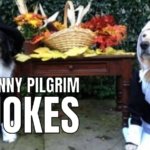 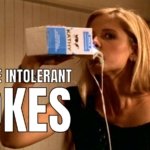