The Are you challenging me meme originates from the 2002 computer-animated comedy film Scooby-Doo which is also the first instalment in the Scooby-Doo live-action film series. It was directed by Raja Gosnell from a screenplay by James Gunn. In the movie, when the gang splits up to look for clues at the resort’s haunted house ride, the character Shaggy (played by Matthew Lillard) and Scooby-Doo started the exaggerated belching contest that then turns into a farting contest. It started with Scooby belching quite loudly which prompts Shaggy to say,” Are you challenging me?”

The first instance of the use of the meme dates back to me estás retando meme posted on June 14, 2018, which is the Spanish version with the caption “imposible que alguin vea los 64 partidos completos de Rusia 2018” meaning “impossible for someone to see the complete 64 matches of Russia 2018.”

In mid-January 2019, after the increase in the popularity of the trend Ultra Instinct Shaggy and subreddit r/BadAssShaggy, a Reddit user u/OakyTheAcorn posted a meme on January 26, 2018. A day later, actor Matthew Lillard tweeted about the trend on Twitter and appealed to never let it end. 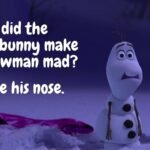 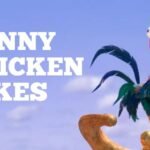