The Will Smith Slapping Chris Rock meme originates from the 94th Academy Awards show that aired live on Sunday, March 27, 2022. Will Smith, an American actor, slapped comedian and actor Chris Rock for a joke about his wife Jada Pinkett Smith for her short hairstyle (due to being diagnosed with alopecia, a hair loss condition). The slap in the Oscars 2022 was broadcasted live on television and the exchanges were censored in many parts of the world. Soon after, the internet began to create image macros in which the subjects Will Smith, Chris Rock, and Jada Pinkett Smith, were named in order to generate a funny interpretation and became a popular meme template. Also, there have been many comparisons being drawn about its resemblance to the Batman Slapping Robin meme.

Before you read ahead and learn more, use our Will Smith Chris Rock meme generator at the end to create funny memes using this format.

Chris Rock joked to Jada Pinkett Smith on stage when presenting the prize for Best Documentary Feature that he was looking forward to a sequel to G.I. Jane, a reference to her short hairstyle. Pinkett also suffers from alopecia, which has caused her to lose some of her hair. Will Smith, Pinkett Smith’s husband, who initially laughed at the G.I. Jane joke, rose from his seat near the stage after seeing Jada roll her eyes. The winner of the best actor award at Oscars 2022 walked up to Rock and punched him in the face. “Keep my wife’s name out of your fucking mouth!” Smith exclaimed repeatedly after resuming his seat. To this, Chris Rock replied, “I am going to, okay.”

Will Smith, through emotions, said in his acceptance speech: “I want to apologize to the Academy. I want to apologize to all my fellow nominees. This is a beautiful moment and I’m not crying for winning an award. It’s not about winning an award for me. It’s about being able to shine a light on all of the people,” He added, “Art imitates life. I look like the crazy father, just like they said about Richard Williams. Love will make you do crazy things.” In the loaded speech, he said, “In this time in my life, at this moment, I am overwhelmed by what God is calling on me to do and be in this world. … I’m being called on in my life to love people and to protect people and to be a river to my people.” Will Smith also disclosed what Denzel Washington, another Best Actor contender, told him during the commercial break following the confrontation with Chris Rock. “At your highest moment, be careful, that’s when the devil comes for you.”

A day later, Will Smith apologized to Chris Rock in an Instagram post and termed himself as ‘A work in progress.’

On March 28th, 2022, the Culture Crave Twitter handle posted the censored as well the uncensored video of the incident. The uncensored version received more than 50 million views, 9k likes and more than 2k retweets within 12 hours. A few minutes later, a Twitter user @hailsmccloskey posted the first meme using the character Cassie Howard of the American TV series Euphoria. A minuter, later user @LilliamUribe noted the reaction of actress Lupita Nyong’o who was sitting behind Smith and Jada. Twitter user @passivefool created the first macro image of the screenshot on Disruptive Innovation. In the crypto world, in less than 24 hours of the event, a newly-created cryptocurrency called Will Smith Slap Token has seen a massive surge. The Ethereum ETH/USD-based Will Smith Inu coin “exploded” to a 10,000% rally following the live assault in the Oscars, and amassed a $3.65 million trading volume. 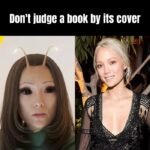 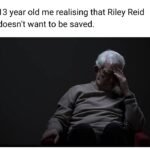