The No bitches meme originates from the 2010 American computer-animated film Megamind directed by Tom McGrath and produced by DreamWorks Animation. In the Hollywood movie, the character Megamind – a blue-skinned, humanoid alien pays a visit to Roxanne Ritchi to find a way to defeat Hal Stewart/Titan. When Megamind rang the doorbell and looked peeked through the peephole, it became a meme used with and without the caption from early 2022.

Try using our No Bitches Megamind Meme generator at the end to create funny memes using the meme format.

On October 27, 2021, Twitter user @Sanseo24 posted the image in support of her tweet with the caption “It seems I made another banger tweet.” A day later, Twitter user @artist_donna posted a thread on Pictures of Megamind as DSMP characters.  The second tweet of the thread was on Ghostbur, a Dream Survival-Multiplayer character similar to the nervous-looking Megamind. The tweet has received more than 1400 retweets and 12000 likes in 5 months. The image spread on the social network reddit where users started posting it as fan art.

On December 14, 2021, iFunny user @Weaponized_Retard posted the first macro with the caption “No Bitches?” The post gained more than 300 smiles in 5 months. By early January 2022, the meme became viral.

The popular use of the No bitches meme is to insult a crybaby for lacking female interaction or just posting it when losing an argument. 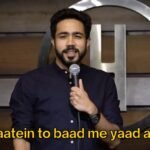 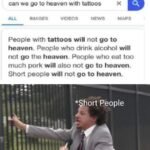