The Awooga meme originates from the 2022 American computer-animated film Turning Red produced by Pixar Animation Studios and distributed by Walt Disney Studios Motion Pictures. In the Hollywood movie, the character Meilin Lee who had developed a crush on a local convenience store clerk Devon happens to find him in the store. The Chinese-Canadian girl who suddenly transforms into a huge red panda a bit earlier shouts “Awooga” after discovering her crush. This screenshot became a meme and is used in the context when a person finds someone extremely likeable.

What does Awooga mean?

Awooga is a sound created for saying someone is hot or sexy, often used in old movies when a likeable character (mostly female) appears. Also, It is a slang term that is frequently used to put words to an expression such as jaw-dropping. At the same time, it can be used to express your liking for something.

On March 11, 2022, Twitter user @JohnnyViews tweeted multiple screenshots from the movie that received more than 6k retweets and 50K likes within seven days. On March 12th, 2022, Reddit user u/DoktorDyper1974 posted the screenshot on the subreddit r/MemeEconomy/ and a few hours later it was also posted on r/MemeTemplatesOfficial/ by user u/Athena_The_Funny. On March 17th, 2022, Imgur user Haidere1988 posted the meme using captions that received more than 100 upvotes on the platform. 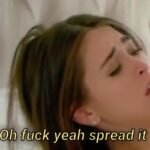 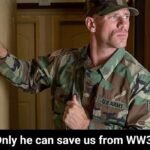