The Holi kab hai meme originates from the 1975 Indian Hindi-language Sholay. Sholay was re-released in 3D format in theatres in January 2014. In this Bollywood movie, Gabbar Singh (the character played by Amjad Khan) says this dialogue to his dacoits to set date for revenge against Veeru and Jai after the duo foiled his goons’ plan to extort the villagers. The usage of this meme dates back to 2014 and have been used extensively leading to the festival Holi every year. The English translation of Holi kab hai is when is Holi (an Indian festival of colors). The popular use of the Holi kab hai meme is to mock someone eagerly waiting for some event. 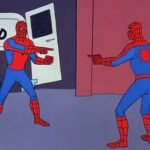