The origin of the ‘Paisa Barbad Bhenchod‘ meme dates back to 2020 when Indian Youtuber CarryMinati published a YouTube video titled “YouTube Vs Tiktok – The End” which became the first and the fastest Indian YouTube video to reach 10 million likes and broke several more records in the way. After the video went viral, one of the screenshots became a meme in which Ajey Nagar referred to Amir Siddiqui’s Moscow education as paise barbad. 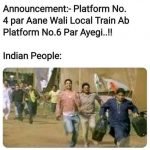 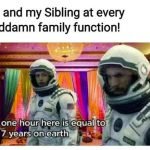