The Permanent Hoon Sir meme originates from the 2009 Indian film 3 Idiots. In this Bollywood movie, Librarian Dubey (the character played by Akhil Mishra) says this dialogue to Dr Viru Sahastrabuddhe (the character played by Boman Irani) when inquired by the college’s director about his identity. He says, “Dubey librarian. Permanent hoon sir.” The popular use of Permanent Hoon Sir meme is to poke fun at something which is certain to happen. 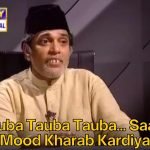 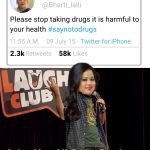