The Sunai nahi de raha meme originates from the video posted by Bollywood Now titled “Ranu Mondal EATING Popcorn In Her FIRST INTERVIEW Ever With Media.” The video posted on 11th September 2019 involves reporter Pooja Patel who asks Ranu Mondal if she thought that dreams do come true after getting the opportunity to work with Himesh Reshammiya. To which she replied, “Sunai nahi de raha.” Later, she did thank the almighty for doing the impossible in her life. Many viewers saw this attitude as rude and egoistic for a lady who became a star overnight after a video of her singing the 1972 song Ek Pyaar Ka Nagma Hai from Shor at the Ranaghat Railway Station in West Bengal went viral in August 2019 when Atindra Chakraborty recorded her video and shared it on Facebook. Another incident in November 2019 involving a fan who wanted to take a selfie with her labelled her as arrogant. The popular use of this Sunai nahi de raha meme is to mock someone who is arrogant and egoistic. 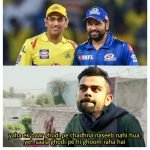 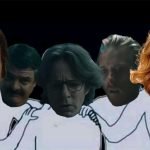