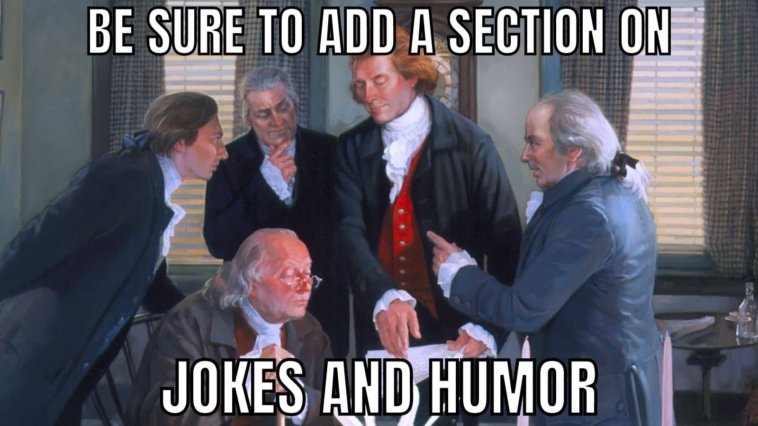 Bring out the flags! It’s almost the Fourth of July! The annual holiday celebration is a time-honoured tradition in the United States when people gather to commemorate the founding of the country and watch the fireworks in the sky. For history nerds, there are some dad jokes regarding the signing of the Declaration of Independence and our founding fathers, and for those pyromaniacs who simply enjoy firecrackers, there are some puns for you too.

Some call the national holiday Independence Day, although most people refer to it as the Fourth of July. In the United States, the day commemorates the adoption of the Declaration of Independence on July 4, 1776, declaring independence from the Kingdom of Great Britain (now officially known as the United Kingdom.) What makes Independence Day so special is that it is celebrated by fireworks, parades, barbecues, carnivals, fairs, picnics, concerts, baseball games, family reunions, and political speeches and ceremonies. On Independence Day, people gather to celebrate the traditions of the United States, and it is usually a pleasant time for children as well!

Nothing beats spending Independence Day with your buddies. A gathering with your friends is a terrific way to spend the day. Plus, if you have time, you might want to organise a picnic (or a backyard barbeque) with patriotic games. Till then, these Fourth of July jokes will make you puke out your liber-tea.

What did the husband call the day he separated from his wife?

If Thanksgiving is for overeaters, what is July 4th for?

Why do the English also celebrate the 4th of July?

Because with the independence of the United States of America, the IQ of the British empire went by 100.

What day do the British celebrate on the 4th of July?

We Dodged a Bullet Day.

Why does none of your friends watch fireworks on the 4th of July?

It’s probably because all of your friends are dogs.

How many countries have a Fourth of July?

Who was the funniest person in George Washington’s army?

Why couldn’t Little Johnny celebrate the Fourth of July by going nude?

The kid was let down by a weak Constitution.

What if the US Constitution was written by a group of alcoholics?

So it’s July 4th night, and all of the dead presidents are gathered around a campfire for a party. They’re drinking, eating, and having a good time when President Washington puts President Lincoln on the spot.

“Lincoln, do the thing!” Washington says. The speech, address or whatever! “You know what I’m talking about!!!!”

“What do you mean you can’t remember the words?” exclaimed Washington. “You’ve given the speech a million times!!! You’ve got that like burned in your brain, right?!!”

Lincoln says, “Well, yeah, normally, sure, I’ve got it memorized, but that was four s’mores and seven beers ago!!!”

How do dogs have a 4th of July reunion?

What happens when Battery and fireworks get arrested on the Fourth of July?

One gets charged while the other is lit off.

Which bakery should you go to on the Fourth of July?

The one that sells pastries with stars and stripes. The rest are just un-pastry-otic.

What did one dog say to another at the July 4th party?

Hey, hot dog! You are really so barbie-cute.

On 4 July, what do you get when you put a photo of America in a locket?

What do you call a ruckus in a 4th of July parade?

After the 4th of July fireworks caused finger injuries, what did the friends say?

Nothing, they couldn’t count on me.

Why can’t we share grilling jokes for the Fourth of July?

They are too corn-y.

Who told the most jokes among the colonists?

On a diet, of course.

What is the Declaration of Independence for a kid?

A note excusing him from school.

How do toads celebrate a hot Fourth of July?

What is the Declaration of Independence called in England?

One on the 4th of July and the other on the 14th of February.

What’s so confusing about the 4th of July?

It is the only time of the year Americans say the day and month in the correct order.

Son: Why do we celebrate the Fourth of July, Dad?

Dad: Well son, it celebrates our defeating the aliens that blew up the White House after Will Smith’s attack then, the President shot missiles from a jet at the spaceship after Jeff Goldbloom uploaded a computer virus to aliens.

During the Fourth of July, what does the sun drink out of?

How do you know you had an American childhood?

Only if your mom forced you to wear a crappy flag shirt from Old Navy on the 4th of July.

How is a normal day in Texas similar to the Fourth of July?

Why should you avoid calling on the Fourth of July?

Firecracker is very offensive to some people use fire-caucasian, instead.

On July 4th, what do you call a cat at the beach?

On Independence Day, what does one firework say to another?

My pop’s bigger than your pop.

What did the Patriot apply to the dry patches on the skin?

Which founding father is a dog’s favourite?

In an American third-grade classroom, the teacher is talking about US presidents.

“Who delivered the Gettysburg Address?” she inquired of the students.

“That’s right,” the teacher responded, “but can anyone tell me who penned the Declaration of Independence?”

The Japanese girl raised her hand once more. This time, the teacher waited for someone else to come forward with the solution, but no one did. She summoned the foreign exchange student once more.

The teacher addressed the remainder of the students and stated “You should all be embarrassed by yourselves. This young kid has only been in the country for a month and already knows more about your family’s history than you do.”

The class muttered and moaned, and excuses and displeasure poured out. Then someone shouted from the back of the room, “To hell with the Japanese!”

The teacher, now agitated and enraged, inquired, “Who said that?”

The Japanese girl couldn’t keep her excitement in check and yelled out, “Harry Truman! 1945!”

How do you know the Fourth of July is an American holiday?

Because everybody says, “Stay Safe.”

When was the first Brexit celebrated?

It was a much better film, you know.

What does a parrot want for July 4th?

What feline foretold the arrival of the British?

What is similar between the US Flag and Santa Claus?

Both hang out the pole.

What is the best break-up text ever?

The Declaration of Independence.

The old priest, Father William, made it a point to attend the parish school once a week.

He entered the fourth-grade class, where the students were studying the states, and asked how many states they could name. They came up with roughly 40 different names. Father William joked that students in his day knew the names of all the states.

Yes, sir, answered one young man, but there were only 13 states back then.

Why did Uncle Sam wear red, white and blue suspenders?

So his pants wouldn’t fall down.

This is ridiculous. It’s July 6th and people are still setting off fireworks.

One almost caught our Christmas decorations on fire.

What did one American flag say to the other?

Nothing. They just waved.

What treats do fathers like on the 4th of July?

There’s this coroner’s assistant who is told he has to work on Independence Day due to the large number of bodies awaiting autopsies.

When questioned about it, the assistant stated, “It’s the Fourth of July. I’ll be given double time and a half.”

“…and like any other holiday, I will get to crack open a cold one.”

Why doesn’t Fire celebrate the Fourth of July?

Because Fire works on the 4th of July.

What are the last words of “The Star-Spangled Banner?”

What will you get if you cross a ghost with Yankee Doodle?

Which is the coolest letter to have on a hot morning of the fourth of July?

If on July 4th, every person in the United States sneezed simultaneously, what would you say?

What’s meaty but still is red, white, and blue?

What founding father do you get when you make a wreath out of $100 bills?

“I don’t understand why I’m being interrogated,” Smith says.

“Drop the act, Smith, assuming that’s even your true name.” We know you’re a spy from another country!”

“WHAT?” says Smith. No! I’m a true American; I can name all 46 Presidents of the United States in chronological sequence, including the dates of their inaugurations and Vice Presidents.”

“You’re all wrong!” says Smith. “I know all fifty states, US territories, and capitals!”

Smith: “OK, I surrender, I’m a Russian agent with a false identity.” But how could you tell that?”

“Because Americans don’t know any of those things,” Perry says.

Can you think of a better 4th of July joke or one-liner? Then leave a reply in the space below. 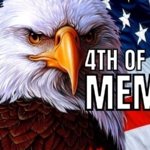 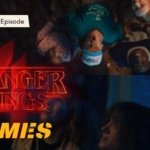