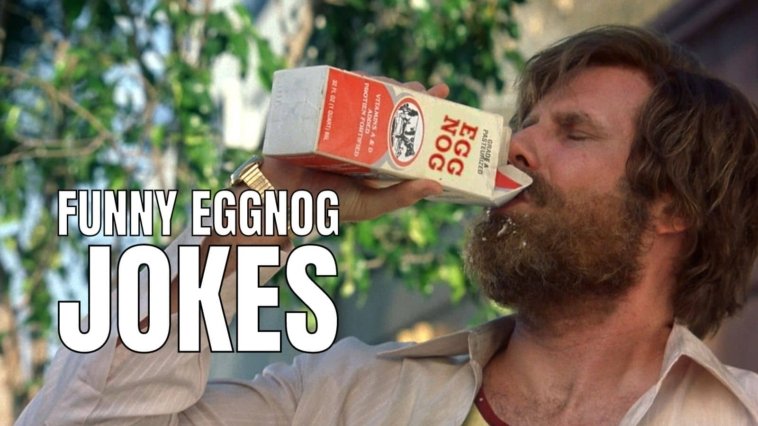 Eggnog is one of those holiday drinks that you either love or really, really hate. Most love it especially when it is made from scratch because it doesn’t actually taste like what you’re going to get at the store. But eggnog jokes are loved by all and that’s why we have aggregated the funniest ones for you.

Eggnog traditionally included raw eggs however some countries today such as the United States severely restrict the use of raw eggs in products due to health concerns thus most commercial eggnog does not include raw eggs. If you’re on a mission to try every holiday drink at Starbucks this season, you know an eggnog latte is at the top of your list. Then, cheers to a delicious holiday season filled with plenty of eggnogs.

Why are Christian people boycotting eggnog this year?
They heard if you drink it, you become eggnostic.

Do you know that using a cinnamon stick to stir your eggnog isn’t a religious practice?
It’s egg-nog-stick.

Yo mama so dumb,she thought you got eggnog from an eggplant.

What did grandma say to the kid during the holidays?
“Don’t be chicken. Try the eggnog.”

Why was the nutcracker worn out after 25th December?
It was eggs-hausted from rockin’ around the Christmas tree.

What do you call a person who doesn’t believe in Santa Clause?
Eggnog-stic.

Where do you find information about eggnog?
In the hen-cyclopedia!

Did you hear about the guy who had too much eggnog and ended up sleeping with a ghost?
He really got into the Christmas spirit.

Jack’s cousin shows up for Christmas dinner.
He said, “I brought some SERIOUS eggnog.”
Jack’s dad, “Do I need my satellite radio to drink it?”

Did you know Japan has its own line of Eggnog?
They export it from Nog-asaki.

Knock, knock.
(Who’s there?)
Omelet.
(Omelet who?)
Omeletting you know how much I love eggnog.

What is a chicken’s favorite drink?
Eggnog.

A Christmas elf walks into a bar and orders an eggnog.
“What brings you to town?” the bartender asks.
“I’m taking music classes at the community college. Santa requires it of all the Christmas elves now,” the elf says. “It’s supposed to improve our rapping skills.”

Getting into the Christmas spirit, Chris went out and bought some eggnog. As he was drinking it, his dad walked into the kitchen and started watching him drink it.

Dad: Dear god, that looks disgusting, how could you drink something that is made of an egg?
Chris: Have you had it?
Dad: No.
Dad: Well, you shouldn’t nog it till you try it.

Why doesn’t Santa have much of a religious opinion during the holidays?
Due to his diet, he tends to be eggnog-stic.

What’s the fastest way to get eggnog to the party?
Use the eggs-press lane.

Eggnog goes to school for what reason?
To have an egg-u-cation.

How did the eggnog go down with the guests?
They were eggstatic.

What did Ebenezer Scrooge have to say about the eggnog?
“Bah, it’s not all it’s cracked up to be.”

Santa Claus and two reindeer walk into a bar and order eggnogs.
“Hello, Santa,” the bartender greets him. “Where are the other seven reindeer tonight?”
“Oh, that’s just a misunderstanding. I only actually have two reindeer,” Santa corrects him.
“Rudolph and Olive, the other reindeer.”

Which farm animals are famous for their corny eggnog jokes?
The comedi-hens.

Why is eggnog so popular during the holidays?
You can’t egg-nore it because it’s everywhere.

How do you describe a delicious eggnog?
Eggcellent.

Why not play a prank on the eggnog?
It can’t take a yolk.

What is a fun thing to do with friends and family while drinking eggnog?
Kara-yolkie.

How did the eggnog drinker maintain her slim figure?
A lot of egg-exercise.

Have a better joke about Eggnog? Let us know your egg-cellent puns and one-liners in the comment box below! 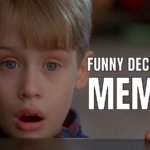