DJ is an abbreviation for Disk Jockey. A DJ is a person who plays music for the audience of a party, pub, or disco club. A Disc Jockey frequently plays popular party tunes while also mixing in other music or lyrics. Sometimes the original song gets totally rewritten with new music and lyrics. Today, we are going to talk about humor in the life of a DJ.

Under the massive LED screens, trippy lasers, and booming speakers, the Music Magician of Modern Times- THE DISC JOCKEY a.k.a DJ – stands eyes closed, arms outstretched at a music console in front of 10,000 screaming fans in a big stadium or concert venue. DJs are the Czars of EDM for all music fans. If you enjoy the high of swaying to the beats of DJs, we at HumorNama have the best DJ jokes that you will need in life.

Why did the DJ go to Costco?
For the samples.

What do you call it when a DJ gets a heart attack?
A beat drop.

What’s DJ Khaled’s favorite number?
11 because it has another 1.﻿

What do you call a DJ without a girlfriend?
Homeless.

Why did the DJ almost lose his job at a country music station?
He accidentally played the same three songs for five hours. Fortunately, their listeners didn’t seem to notice.

Why do melons end up having to plan and pay for a full wedding with a DJ and open bar?
Because they cantaloupe.

What is the best website to find information about a DJ?
Wikiwikiwikipedia.

What do a cop and a DJ have in common?
They both tell drunk people to put their hands up.

Why is the DJ from India is very popular?
Because he has sikh beats.

Remember the guy who gave up his job of being a late-night radio DJ?
He took up a new job as a railway construction worker. Talk about a career change, but guess he just couldn’t give up his love for laying tracks.

What’s the best advice for young DJs?
“If you want to be a good DJ, you have to start from scratch.”

Did you hear about the Hip Hop name of the guy we met the other night?
It is DJ Green Onion but you can call him Rapscallion.

What do you call a ship that only has DJs onboard?
A synching ship.

How is Dj Khaled like a Pokemon?
All he does is shout his name.

What did the vegetable say to the DJ?
“Lettuce turnip the beet.”

Why couldn’t the DJ keep any of the fish he caught?
He kept dropping the bass.

Why did the retired police officer decide to become a DJ?
So he could still get to say “Put your hands in the air.”

What would you call Osama Bin Laden if he was a DJ?
DJ Osama Spin Laden.

Why did the farmer fire the DJ?
Because he kept on dropping beets.

What does a statistician DJ do to raise the crowd’s spirit?
He drops the Bayes.

How do know if the person that you have just met is a DJ?
They will tell you.

Why can’t a seal be a DJ?
Because they are afraid of club hits.

Why did the DJ get fired from the chemistry lab?
They kept dropping the base.

What do you call a DJ who’s stopped breathing?
Off the air.

Remember the uncle at the party where the DJ was playing the music too quietly so he asked him to turn it up?
It was some sound advice.

What do you get when you ask a goat to be a DJ?
A sick bleat.

What’s the difference between a DJ and a gynecologist?
None, they both work where others have fun.

What is DJ Khaled’s favorite phone?
OnePlus One.

Heard about that DJ who calls himself DJ Clumsy Italian Chef?
It is because he always drop the basil.

What do you call a zombie DJ?
A dead beat.

What do you call a DJ on Halloween?
The boogie-man.

What do you call a witchy DJ?
A Wicca-Wicca-Wiccan.

Heard about that DJ who calls himself DJ Oriental Immigrant?
It is because he lay down sick tracks.

What did the classical-only DJ say?
“If it ain’t baroque, don’t mix it.”

What do waiters and DJs have in common?
Their job is to turn tables.

What religion did the witch DJ follow?
Wicca Wicca.

What do you call a plant that is a DJ?
A photosynthesizer.

What did they call the disc jockey who kept playing the same songs again and again?
DJ Vu.

Did you ever hear the one about the stuttering DJ?
He really liked to “D-D-DDDD-DROP THE BASS.”

What do you call a Disney movie starring a DJ?
Beauty and the Beats.

What did the DJ order from the deli?
A club sandwich with extra beets.

How is it called in Australia, when they need to restart the song from the beginning at the club?
A DJ redo.

What do you call a dj-ing kangaroo?
Disc joey.

What did the DJ say to the jazz musician?
Take me to the airport.

Why would a DJ install a greenhouse in their attic?
To keep rays in the roof.

What did the DJ say when showing off his marmalade?
Thats my JAM.

Why can a woman never be a good DJ?
They will never listen to Logic or Reason.

What does the blind DJ say?
“I can’t see your hands!”

How do you track down DJ Jazzy Jeff in the snow?
Follow the fresh prints.

What do you call someone who is a terrible DJ?
Disableton.

What did the DJ name his son?
Errr-ick.

If a DJ opens a shop selling footwear to felines, what does it call it?
Boots and Cats.

Why did the cat decide to become a DJ?
It heard there was a lot of scratching involved.

How does the DJ address his pet birds?
As his Tweeters.

Why did the DJ become a time traveler?
He wanted to go to a different ERA ERA ERA ERA.

Why did the DJ ride the roller coaster?
For the massive drop.

Have you heard of the DJ who only plays at fast-food restaurants?
His name is MC Donald’s.

What do you call a tennis player that likes mixing music?
DJ Okovic.

What did the confused DJ do?
Scratched his head.

What did the DJ say when he got robbed?
“Please, I don’t want no treble, man.”

What do you call a DJ dog that works in a takeaway sandwich shop?
A sub-woofer.

What kind of electronic music does a young bear DJ?
Cubstep.

Why was the DJ doing Karate in the garden?
He was trying to make break beets.

How many DJs does it take to screw in a lightbulb?
Just one more.

Why do Olympians make bad DJs?
They keep breaking records.

What’s the difference between a DJ and a bench?
A bench can support a family of four.

Have a better joke about DJs? Let us know in the comment section below! 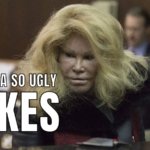 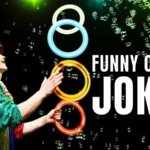