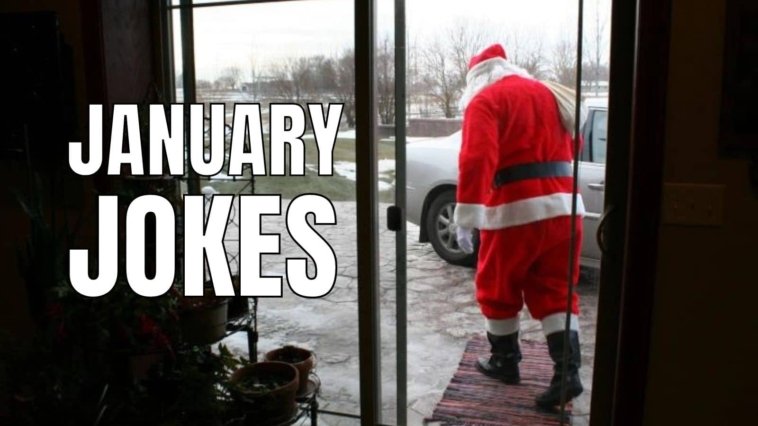 What a month; it feels like we just celebrated New Year, and now we’re about to enter 2023. The warmth and merriment of the Christmas season have vanished, and all that remains is the long wait for things to warm up a little during the countdown to the next festive period.

If you’re unfamiliar, Dry January is a month-long commitment to abstaining from alcohol. So no alcoholic beverages for the full month of January. Don’t be too concerned! This month, our January jokes will keep you entertained. Continue reading!

Why did the mathematician celebrate 4/20 on January 5?
Because he knows how to reduce fractions.

Why will everyone born in January 2023 have to wear glasses?
Because they just missed out on 2022.

Everyone knows about the January wasp, but
Maybee not.

If all the months of the calendar had a race, who would win?
January. It always finishes first.

Why shouldn’t you kiss anyone on January 1st?
Because it’s only the first date.

Knock, knock.
(Who’s there?)
Dishes.
(Dishes who?)
Dish is the coldest January ever.

Do you know there’s a place where January comes after February?
It’s the dictionary.

Why are Programmers always grumpy on January 1st?
They turn on their monitor and the screen has the same number of pixels even though they keep hearing about the New Year’s Resolution.

If January threw a parade, would February March?
No, but April May.

Why are so many medical examiners hired on January 1st?
It’s always, “New Year, new ME.”

Student: Ma’am, can I go to the bathroom?
Teacher: It’s may.
Student: No, it’s January.

What’s the first month of the year in Transylvania?
Janu-eerie.

How was the snow globe feeling in January?
A little shaken.

Does anyone recall the guy in the superhero outfit at the Capitol on January 6th?
He was on the far right.

A funeral was being held for a guy who had died on a cold January morning.
The pall bearers are carrying the coffin out of the church after the service. As they travel down the steps, one of them falls and loses his grasp on the casket, forcing the others to slip as well. The coffin slides down the steps, onto the street, and down a hill. At the foot of the hill, it smashes through the front glass of a neighborhood pharmacy, breaking through the entire store and slamming into the rear counter. The coffin opens and the dead man sits up as soon as it hits.
The pharmacist asks, “How can I help you?”
The dead guy says, “Ya you got anything to stop this coffin?”

Why did somebody buy a 4K TV on January 1st?
It was his New Year’s resolution.

Do you know who Russia’s 3 greatest generals are?
December, January, and February.

What did the kid say on the 1st of January?
“Last year just seems like yesterday!”

On New Year’s Day, what does the Easter Bunny say?
“Hoppy New Year!”

What activities do some couples engage in during the first month of the year?
Get Janumarried.

What’s the best thing about January?
No more Christmas Carollers!

What do you call a snowman’s rage tantrum in January?
A meltdown.

Knock, knock.
(Who’s there?)
Gladys.
(Gladys who?)
Gladys January. How about you?

Why should Christmas be moved to January?
The stores are less crowded and everything is on sale.

What do you have in December that you don’t have in January?
The letter D…!

Two people went on a blind date.
She: When’s your birthday?
He: January 1st
She: What year?
He: Every year.

What was chimney’s new year resolution to do for the new year?
Stop smoking.

What falls in January but never gets hurt?
Snow!

What does Bigfoot call January?
Januhairy.

Kid: We don’t take down the Christmas tree till the end of January in my house.
Other kid: Your parents must like the holidays a lot.
Kid: Nah, they are just lazy.

Is January the longest month?
No, September has 2 more letters in its name.

What’s a New Year’s resolution?
A to-do list… for the first week of January.

Knock, knock.
(Who’s there?)
Jan.
(Jan who?)
January is my favorite month.

Which month does the Brady Bunch like most?
JANuary.

Why are people born in January good pranksters?
Because they were conceived on April Fool’s Day.

What was the teacher thinking when she put the new calendar in the freezer?
She wanted to kick off the New Year in a cool way.

What would be the female equivalent of No Nut November?
Jill-less January.

How does a Trump supporter explain why they cannot perform in bed?
January 6th inerection.

Knock, knock.
(Who’s there?)
Candice.
(Candice who?)
Candice January jokes get any worse?! 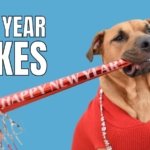 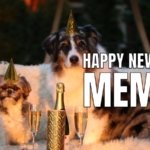