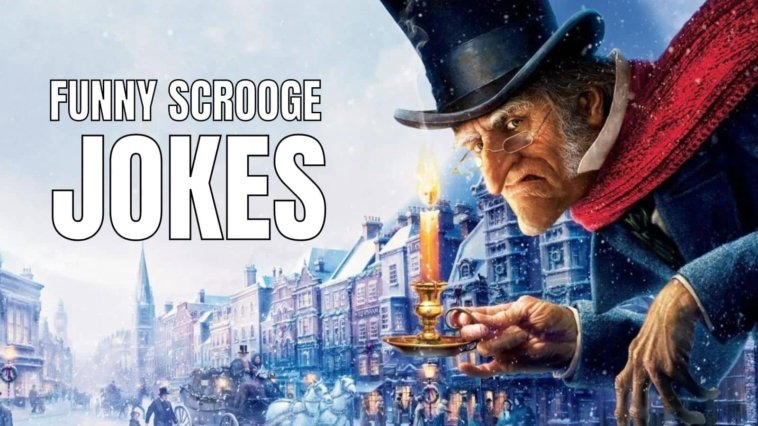 His nose was sharp, his cheeks wrinkled, his gait became constrained, his eyes reddened, his thin lips turned blue, and his cunning and irritating voice creaked. People disliked him and were afraid of him. Scrooge did not celebrate the holiday because he thought it was nonsense and did not know how to celebrate it. Although Scrooge was not known for his sense of humor, he must have enjoyed these.

How did Scrooge get his employees to work double time on Christmas Eve?
He made Crochet sign a quaver.

What ghost did Ebenezer Scrooge encounter when he refurnished his home?
The shadow of his former shelf.

If Ebenezer Scrooge were a sheep, what kind of hat would he wear?
A Baa-Homburg.

Where does Scrooge go in New York City?
The Grumpire State Building.

Where does Ebenezer Scrooge go to drink?
A bar in Hamburg.

How did Scrooge win the football match?
The Ghost of Christmas passed.

What is Mr. Scrooge’s mode of transportation in his neighborhood?
A cheap pair of skates.

Which board game is Scrooge’s favorite?
Mean-opoly.

What ghost did Ebenezer Scrooge encounter when he refurnished his home?
The shadow of his former shelf.

On a hot afternoon, Scrooge the miser and his grandson, Tim, were walking home from a party.
Tim complains, “Gramps, it’s still a long way back to our house. It’s hot and I’m tired. Look, there’s a bus stop here. Can we please take the bus home?”
Scrooge is aghast. “It’ll cost us six dollars to get home from here! What a waste of money! We’ll walk it.”
Tim sighs, but he’s a good kid and doesn’t fuss about it. They barely walk a few feet, when Scrooge sees a passing taxi and hails it.
“How much would you charge to take us home to Springfield Avenue?”, Scrooge asks the cab driver.
“Springfield Avenue? Around twenty bucks.”, says the driver.
“Oof! That’s too much. We won’t be requiring your services, thank you.”
The cab drives off. Tim turns to his grandfather, exasperated. “Did you really think that a taxi to Springfield Avenue would cost less than a bus ride?”, he asks, incredulously.
“Don’t be ridiculous, of course not.”, Scrooge scoffs.
“Then why did you bother flagging down the taxi, Gramps?!”
“Foolish boy! We would’ve saved $6 by not taking the bus, now we’re saving $20 by not taking the taxi!”

What type of food would Mr. Ebenezer Scrooge sell if he ever got into the restaurant business?
Humbug-ers.

What’s the best way to get rid of Scrooge?
Sleigh them.

What do you call a black person who doesn’t like Christmas?
Ebony-zer Scrooge.

What would happen if Scrooge became a sheep
He would say, “Baa humbug.”

What do you call a sick person who hates Christmas?
Ebesneezer Scrooge.

What do you call a Middle Eastern penny pincher?
Lebaneser Scrooge.

What would Scrooge say if he was German?
“Bar Hamburg.”

What do you call a miserly person’s valet?
A Scrooge driver.

Why did Scrooge freeze his wallet?
He likes cold hard cash.

Where does Ebenezer Scrooge deposit his money?
In a snow bank.

Ebenezer Scrooge broke his clock, he punched and then stamped on it.
Why did he do that?
He said it was self-defense. He said that the clock struck first.

What method does Ebenezer Scrooge use to search the internet?
Scroogle.

Why wasn’t Scrooge a good student?
He was too cheap to pay attention.

What kind of food does Ebenezer Scrooge enjoy?
Bah-Bah-cue.

Why is Ebenezer Scrooge not fond of birds?
When he walks by, they always say, “cheap, cheap, cheap.”

Why does Scrooge adore the reindeer?
Because every buck is dear to him.

Which of Santa’s reindeer does Ebenezer Scrooge prefer?
Rude-olph.

Scrooge put his clock in the bank for what reason?
To save time.

Teacher: How much money will I have if I have 20 cents and ask Ebenezer Scrooge for another 30 cents?
Student: 20 cents.
Teacher: You don’t know your arithmetic.
Pupil: Please, miss, you don’t know Scrooge.

Do you have a better Scrooge joke? Please share your Christmas puns and one-liners in the comments section below! 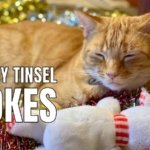 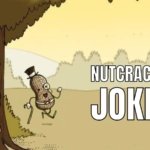