A good “Yo daddy” joke makes fun of the jokee targetting his father in a pretty offensive, sexist, racist, and classist way. It’s difficult to start a fight with a yo daddy joke, but a good yo daddy joke questions your father’s masculinity. People often have a stronger emotional attachment to their mothers, so yo mama jokes are more personal. If you insult the typical person’s father, they may become defensive or angry because the insult is clearly aimed at them, not the father. However, it is not forbidden.

On the other hand, insulting someone’s mother or using Yo mama jokes is forbidden and more personal. If one truly said something negative about your mother, you might be justified in being upset with him /her. You may think they are being unreasonable, and your mother wasn’t perfect, but she did her best and loves you. Many people have turmoil relationships with their fathers. Pretty sure if you added up the proportion of people whose father was at least partially absent from their lives and the proportion of people whose father beat them, you’d get a majority of people on the planet.

So if you want to keep it fun, Yo Daddy Jokes are the ones you can with.

Have a funny joke about Yo Daddy? Post your Yo daddy one-liners in the comment section below. 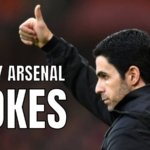