The Beta Tumse Na Ho Payega meme originates from the 2012 Indian film Gangs of Wasseypur – Part 2. In this Bollywood movie, Ramadhir Singh (the character played by Tigmanshu Dhulia) says this dialogue to his son J.P Singh (the character played by Satyakam Anand). Although the dialogue was pretty much famous, the moment it became viral was on 19th December 2019 when a Twitter user @gyanbygaurav tried to troll Tigmanshu Dhulia for tweeting on the CAA bill using his own iconic line. Unsurprisingly, the veteran scriptwriter did have a comeback ready. Soon, the meme became widely used across the country to express disappointment in someone/something. 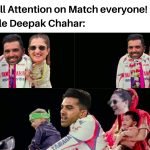 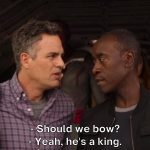