The origin of the ‘Nahane Ja Nahane Ja’ meme template dates back to episode number 247 of Taarak Mehta Ka Ooltah Chashmah, an Indian tv series. In this meme, Champaklal Jayantilal Gada played by Amit Bhatt scolds his son Jethalal Champaklal Gada played by Dilip Joshi for being a lazy person. 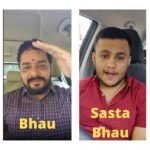 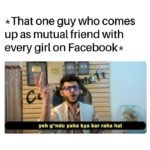