The Salman Khan Crying meme originates from the 2003 Hindi film Tere Naam. In the Bollywood movie, Radhe Mohan (the character played by Salman Khan) arrives at Nirjara Bharadwaj’s home (the character played by Bhumika Chawla) after escaping from a religious facility for mentally ill people, only to discover that she has committed suicide. This sends the character in utter shock while nervous/anxious laughter escapes through him. Basically, his mind was using laughter as a way to protect him from feeling emotions that are beyond painful. The popular use of the Salman Khan crying meme is to mock someone’s torrid situation. 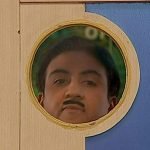 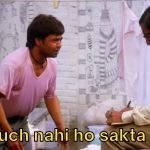