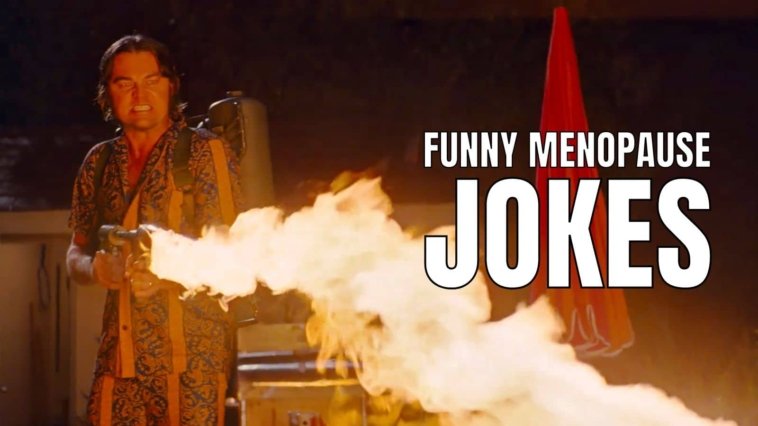 Menopause is a Latin word that means men, you might wanna pause before you do anything that’s gonna tick this woman off. During your menopausal journey, it can be hard to find something to laugh at every once in a while. But, laughter is really the best medicine around, and having a little chuckle every day can really help to stimulate your mood and frame, and spirit.

We decided to take a lighthearted look at the funny side of menopause with a collection of funny menopause jokes for women who suffer from common symptoms like hot flashes, mood swings, and forgetfulness.

Why is menopause called menopause?
Because mad cow disease was taken.

Who finishes their sentences without a period?
Menopausal convicts.

What is the most common way for a husband to end up sleeping on the couch?
Forgetting to delete his internet history after reading HumorNama’s menopause jokes!

Did you hear about the English teacher who went to prison for so long that she went through menopause?
She was most upset that there would be no period at the end of her sentence.

Yo mama so old, menopause happened right after the crustaceous period.

What does a menopausal Vietnam vet suffer from?
Hot flashbacks.

What do you call an anarchist grandmother who just found out she’s pregnant?
Rebel without a menopause.

Jokes about menopause and PMS are never ever funny.
Period!

How do you know your fridge is going through menopause?
It’s all out of eggs.

Why did Bruce Jenner wait until age 65 to become a woman?
He wanted to avoid menopause.

For man, how is having a bad breakup like going through menopause?
It sucks until you realize you don’t have any more girl problems.

Yo mama so stupid she thought menopause was a button on the stereo.

What is Menopause?
When a school of small fish stops suddenly.

Did you know there’s a middle-aged women-only activist group whose goal is to literally stop all men?
They call themselves ‘Menopause.’

A married couple has been together for 60 years.
“After living for so long and observing so much, I have decided that men have it worse in this world,” the husband says to his wife one day out of the blue.
The wife is clearly offended by his remark and asks him to elaborate. “Women start having periods during puberty,” the husband continues, “so you have to deal with bleeding, cramps, PMS, and all kinds of complications.”
“So far, I agree with you,” the wife scoffs.
“Then you start having babies,” the husband continues. You have to deal with morning sickness, unusual cravings, and eventually labor, a pain I can’t even imagine.”
The wife nods smugly and encourages him to go on.
“Finally,” the husband exclaimed, “you’ve reached menopause.” You have to deal with mood swings, hot flashes, and, perhaps most importantly, coming to terms with your own mortality.”
The wife was visibly perplexed at this point. “I completely agree with everything you’ve said so far,” she said, “but how in the world do men have it worse?”
“Because we have to deal with women!”

Why did the vampire couple divorce after 45 years?
She had reached menopause.

Do you know that women do get hotter as they age?
It’s called a menopause.

What’s the similarity between women in their menopause and schoolchildren?
“Last period, let’s go!”

What do you call the period when women take a break from relationships with guys?
Menopause.

How is Adult life similar to a movie?
Most women just end up either menostopping or menopausing it all for a while about halfway through then ask you how it all went several years later.

What can a husband do while his wife is in menopause?
Keep busy.

A psychiatrist explained his patient’s depression.
Doctor: I believe you are feeling isolated, lonely, and inadequate as a result of your body’s extreme hormonal changes. This is quite common.
Patient: Are you serious? On top of everything else, it has made me nervous.
Doctor: I can recommend some medication to try to stabilize your hormones, but this is a completely normal process for women going through menopause.
Patient: But, doc, I’m only 23 years old.
Doctor: Oh, no! I’m sorry, I didn’t notice. But I suppose it’s perfectly normal to be depressed as a 23-year-old man who looks like a menopausal woman.

Have you heard about the local high school which is having a menopause seminar?
There will be a demenstruation after the last period.

What’s so special about the Menopause bar?
All the women are hot.

How does a husband predict the mood of his menopausal wife?
Assume her mood is lousy, and occasionally he’ll be wrong.

What’s the difference between a pit bull and a woman in menopause?
Lipstick.

Which is scarier, a puppy or a rational menopausal woman?
A puppy, because there is no such thing as a rational woman in menopause.

A doctor prescribed testosterone for menopause symptoms and instructed his patient to call him right away if she experienced any negative side effects. The patient called her doctor two weeks later.
“Doc, I’m having some strange side effects from the testosterone treatment,” the patient says.
“What’s the issue?” says Doc.
“Well, I’m in the shower right now on my cell phone and I notice lots of thick hair on my upper chest,” the patient says.
“Can you tell me how far down the hair extends?” says Doc.
The patient says, “Sure, let me put the phone down and check. (Picking up phone)…yeah, Doc, it appears to go all the way down to my balls.”

Why do women stop bleeding as they approach menopause?
Because their varicose veins require all of the blood.

What women’s issues begin with “Men?”
Menstruation, menopause, and mental breakdowns are a few examples.

What are the benefits of valet parking for menopausal women?
Valets don’t forget where they park your car.

Do you know about menopause origin?
It’s called menopause for a reason. Men should pause before they speak.

What is Menopause in Hollywood terms?
Start out each day as Mary Poppins and end it as Cruella De Vil.

What are the 7 stages of menopause?
Itchy, Bitchy, Sweaty, Sleepy, Bloated, Forgetful, Psycho.

How is menopause actually good?
You see night sweats and hot flashes are nature’s way of lowering your heating bill so you can save more money for your retirement.

Do you have a better joke about menopause? Write down your puns and one-liners in the comment section below! 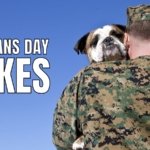 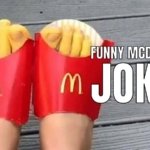