The Mujhe drugs do meme originates from the TV show Poochta Hai Bharat hosted by anchor Arnab Goswami in which they invite a panel of politicians, social activists and experts in different fields to discuss, debate and analyse the issues plaguing the country. The show telecasted on 28 August 2020 was also uploaded on youtube by the official handle of Republic Bharat titled “‘गुनहगार’ Rhea पर ‘तक’ क्यों मेहरबान ?” Within 24 hours, a clip from the debate went viral in which Arnab Goswami can be seen saying, “Drug do! Drug do! Drug do! Mujhe drug do! Mujhe Drugs do! Mujhe Drugs do! Mere liye ganja lao charas lao MDMA aur ecstacy lao.” An Indian journalist  Vinod Kapri tweeted the clip on 29th August at 12:58 am. Later, an Indian producer Tanujj Garg also tweeted the clip and labelled it as ‘Worrying.’ A lot of people found its fun side and among them, a contemporary Indian comedian and impressionist Saloni Gaur tweeted it saying “I’m considering this as Arnab’s audition for the sequel of udta punjab.”

Later, A remix of the clip by Blazze Music was uploaded on Youtube which has garnered over 8 million views. In an interview with Nupur J Sharma of OpIndia, Arnab did react to the viral meme. The popular use of Mujhe drugs do meme is to mock someone addicted to something/someone. 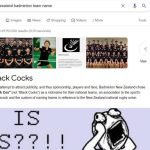 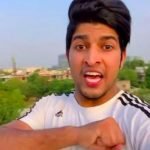