The Pep Guardiola meme originates from the English Premier League match between Manchester City F.C. and West Bromwich Albion F.C. of the season 2020-21. During the football match on 16th December 2020, Pep Guardiola (the current manager of Premier League club Manchester City) did not agree with how much injury-time the fourth official added on after the competition of mandatory quota of 90 minutes. The frustrated manager during his post-match press conference explained that the extra time added on was clearly not enough and he expected more. To the agony of the Spanish manager, the match ended as a 1-1 draw at the Etihad Stadium. The expressions from the football manager during the 90th minute of the match soon caught the eyes of the fans and a Twitter user @92_mufc tweeted “Pep Guardiola is a meme.” Since then, the meme has been used all over the Internet. The popular use of Pep Guardiola meme is to mock a person who is frustrated with the amount of time allotted. 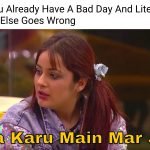 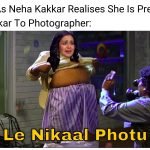