Barcelona had dug themselves a massive hole in the Champions League group stage after suffering a heartbreaking defeat at Allianz Arena, San Siro, and a frustrating draw at Camp Nou within a week. Barcelona spent €153 million in the summer of 2022, completing one of the most extraordinary transfer windows in history. The run in La Liga is nowhere close to the performance in UCL which has led to the repeat performance of the previous season’s early exit after Inter Milan’s win over FC Viktoria Plzeň. Once again, they play in Europa League.
Following the game, social media was flooded with Barca jokes, puns, memes, tweets, images, and videos criticizing the team that was previously regarded as Europe’s greatest.

What do Barcelona FC and a dog walker with Parkinson’s have in common?
Neither of them can hold a lead.

Where are the most fans of Barcelona?
In Spain but ‘S’ is silent.

Who was the latest victim of the Drake Curse?
Barcelona.

Did you hear about the new club in Catalonia?
They are called FC Barcelever.

What would have happened if Pique was playing for Sidemen FC?
Even Speed’s goal would have been counted.

What do you call a guy from Barcelona without a car?
Carles.

Did Barca forget to pay the refs again today?
Hard to pay when you have no money.

What should you never ask a man? His salary.
A woman? Her age.
And Barcelona fans? About what they did with Neymar’s money.

None. He switched sides only to play against Pique and Busquets again.

Did you hear that the Official FC Barcelona store can’t print Lewandowski jerseys because they are out of ‘W’ letter?
Some jokes just write themselves.

Recently, Barcelona hijacked a lot of Chelsea’s deals. Which was the biggest?
Joining Europa.

Do you know about the twisted humor in Barcelona’s match against Inter Milan at home?
It is Pique and Busquets who send them back to Europa League.

How can free transfers be scams in football?
Don’t believe it? Check Eric García.

What is Ferran Torres doing at the bench?
Thinking of ways to kidnap Dembele.

What is the difference between you and Barcelona?
None, both will watch Tuesday night football sitting at home.

Did you hear that Xavi is such a good coach that he generally takes his players to dinner?
On Thursday nights.

What do this season’s European results mean for Barcelona?
They will be soon Brokelona again.

What are the Cules listening to on Spotify?
Europa League Anthem.

Did you hear that Barcelona is activating the fifth lever?
Europa League lever.

How does Barcelona handle Pique?
With Piqué they have to be calm as there will always be goals.

What is the most googled term in Catalonia?
“Why the Europa League is better than the Champions League?”

What is the only break Barca fans hate?
International break.

Did hear about another record broken by Pedri?
First golden boy to play in the Europa League back to back.

Why is Gavi so highly rated?
Because his name rhymes with Xavi.

What happens when Barcelona wins UCL?
Nothing, cule switches off the Xbox.

Why did Ousmane Dembélé renew his contract with the club?
To play in Europa League.

Heard about a new relaxation for Barcelona football club from UEFA?
They have allowed Sergio Busquets to use motorcycle to defend against counter-attacks in UCL.

How did Pedro know about his club’s UCL group stage exit this season?
Pedri has that 20/20 vision.

What do Barca fans use as birth control?
Their personalities.

Have you heard about the Barcelona footballer who was arrested for tax evasion?
His tax returns were alleged to be Messi.

Why would Barcelona players not gonna eat anything till morning?
Remembering they 8-2 much few years ago.

Liverpool is a good team, but have you seen Barcelona?
They’re out of their league.

What do FC Barcelona and Man Utd have in common?
Both play a bunch of Young Boys and lost.

My friend was visiting from Barcelona, and he asked me if he could crash on my couch.
I wasn’t expecting some kind of Spanish imposition!

The teacher is asking everyone in the class what jobs their parents have, and she comes to Jimmy next.
Teacher: What does your father do?
Jimmy: He works as a stripper in a homosexual bar and frequently allows other men to touch his privates.
Jimmy is taken to one side by the teacher after class.
Teacher: Is it correct about your father?
Jimmy: No, he’s an FC Barcelona player, but I was too embarrassed to say so.

What do Barcelona fans do when their team wins La Liga?
They turn off their PlayStation 5.

Have a better joke about FC Barcelona? Post your puns in the comments below. 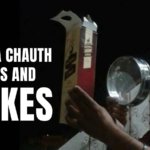