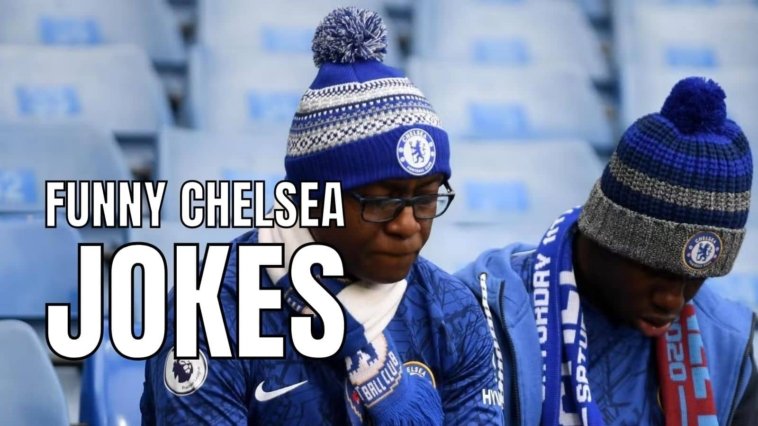 Not many were expecting Chelsea’s new owners to set an English Premier League record by spending £271.1 million in a single transfer window this summer. If Chelsea supporters were concerned that the post-Abramovich era would result in a reduction in spending at Stamford Bridge, those fears have been allayed following a record-breaking summer transfer market. But the spending could not fend off jokes considering the high expectations.

Chelsea’s transfer frenzy may have been accelerated by the club’s sluggish start to the season, with defeats against both Leeds and Southampton – a pair of defeats that have already presented the German coach with an uphill battle if he is to catch Pep Guardiola’s powerful Manchester City side. While we watch Thomas Tuchel’s men’s new life under new owners, let’s read some funniest Chelsea FC jokes about fans and players.

How did Chelsea do in the summer transfer window 2022-23?

They got a new name – Rejected FC.

Did you hear about Todd Boehly telling that the Premier League needs to learn from American sports?

The last time American owners decided to teach about American sports, they tried to drag all into a European Super League and a fan uprising was needed to stop it.

Which is the most pointless signing in history?

Pierre-Emerick Aubameyang. He barely even said Hi to Tuchel.

Who is the best actor in the stadium when Bollywood star Abhishek Bachchan enters Stamford Bridge?

What is a wish version of Harry Maguire?

A kid was at school in his Geography lesson, and he asked his teacher what was the smallest sea.

“Is it the Mediterranean Sea?” asked the kid.

“Is it the Caribbean sea?”

“Is it the Arabian Sea?”

Who could have been the best signing of the EPL season for Chelsea?

What is the final score of Barcelona’s and Chelsea’s transfer battle?

What is the difference between Cesc Fàbregas and Pierre-Emerick Aubameyang?

None, both went from being Arsenal captain to Barcelona, to Chelsea.

Why did Romelu Lukaku fail at Chelsea?

What did Lampard say after his Chelsea sack?

“Friends & family are everything,” said the former midfielder. “When I got home, John Terry was already there comforting Christine on the couch. Not sure how he heard the news so quickly, but they were both red-faced & breathless with emotion.”

What did Drogba say after figuring out a clever Chelsea joke?

“I see what you didier.”

A building set in London is up in flames. A distressed woman, tightly clutching her baby, is spotted screaming for her life and for someone to save her baby.

No one can respond until Edouard Mendy arrives at the scene. He exclaims “Lady, I’m Edouard Mendy! I’m Chelsea’s No. 1 goalkeeper! I’ll save your baby for sure, it’s my job!”

The lady responds with reluctance, “I’m 15 stories high! Surely you won’t be able to save my child!”

Confidently, Mendy responds. “Do not worry, have faith in me. I will save your baby, just as I have performed time and time again important saves for Chelsea.”

Persuaded, the lady puts her faith in Mendy and drops her baby for him. Down the baby goes, 15 stories, 150 feet. Perfectly positioned, and with aerial grace, Edouard Mendy clutches the baby mid-air, bounces it on the ground a few times, and punts it out of bounds.

How do you confuse a Chelsea fan?

Take them to London and ask for directions.

What would be the name of John Terry’s vodka brand?

“He bottled it in Russia.”

Why don’t they drink tea at Stamford Bridge?

Because all the cups are in Manchester.

While talking about which football teams they support, an English family was having dinner.

Older brother: I would support Brentside as your London team.

Dad: Do you know who I support in London?

Dad: A wife and three kids.

What is the difference between a fat chick and a Chelsea FC striker?

Even a fat chick scores every once in a while.

What do a fine wine and Chelsea FC have in common?

They both spend a lot of time in the cellar, cost too much and are only enjoyed on select occasions.

Did Torres play for every other EPL club before Chelsea?

Because he never celebrated scoring a goal.

Arsenal fan: Why? How?

Arsenal fan: But we have more trophies than you.

Chelsea fan: Those are history.

Arsenal fan: Has Chelsea ever gone a season unbeaten?

Arsenal fan: Has Chelsea ever won the Golden EPL trophy?

Arsenal fan: Ok I see, did Chelsea have 13 EPL trophies?

Arsenal fan: Then who was founded at first, Chelsea or Arsenal?

Chelsea fan: Arsenal was founded before Chelsea, but that’s history, we at Chelsea always win trophies.

Arsenal fan: How many fans came out for your Champions League cup parade in London?

Arsenal fan: Correct. How many fans came out for the Arsenal FA Cup parade in London?

Arsenal fan: Correct, so how is Chelsea bigger than Arsenal?

Arsenal fan: At present, Arsenal have 47 trophies, and Chelsea has 32 trophies.

Chelsea fan: But we have Champions League, which you don’t have.

Arsenal fan: Does that make you bigger than us?

Chelsea fan: (He ran away).

How many Chelsea managers does it take to change a light bulb?

Nobody knows. The light bulb lasts longer than any manager.

How does Stamford Bridge have arguably the best pitch in the Premiership?

It is because of all the shit that has been on there.

The teacher asks the children in class what their dads do for a living.

Mary said, “My Daddy is a fireman and he rescues cats from trees.”

Peter said, “My Daddy is a baker and he makes lots of cakes.”

Finally, she gets to little Johnny who says, “My Daddy is a male stripper in a gay club and he sucks off all the customers for extra money”.

The bell rings and the Teacher asks Little Johnny to stay back and asked “Is that true about your Dad being a stripper?”

Little Johnny said, “No Miss he plays for Chelsea but I was too embarrassed to say that infront of the class.”

Have a funny joke about Chelsea Football Club? Post your story or pun in the comment section below. 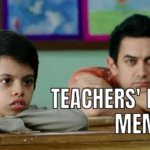 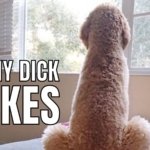