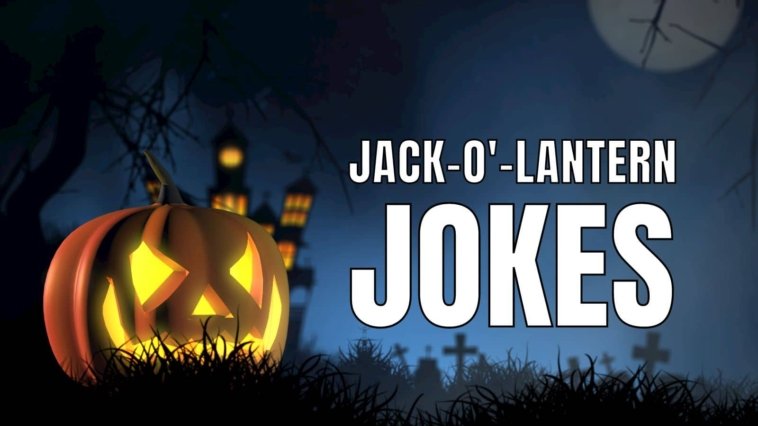 Halloween is near and there are numerous things you can do between now and October 31 to make the night feel the most festive it has ever been. The choices are virtually limitless, from learning about the holiday’s history to arranging a party filled with scrumptious Halloween-themed treats and drinks. And what better way to get the whole family in the Halloween spirit than by exchanging some genuinely funny Jack-O-Lantern jokes? But before reading the jokes, let’s understand the story behind Jack-O-Lantern. Those who know already can skip the story below.

Although our beloved demonic faces haven’t always been carved out of pumpkins, the Jack-o’-lantern has a long history with Halloween. Centuries ago, in Ireland lived a miser named Jack, a blacksmith by trade but a cruel drunkard by reputation. He was a trickster, a con man, belligerent, unkind, and self-centered granting him the nickname, Stingy Jack. No one was safe from his wily schemes and cruel manipulations – not the priests of the church nor the children of the schoolyard. Not a shred of humanity graced his body. Stingy Jack’s infamy spread far and wide so far in fact that tales of his schemes reached the lowest pits of hell and graced the ears of Satan himself. Upon hearing the despicable reputation of Stingy Jack, the devil could not believe so evil a man could exist and he put forth plans to meet him.
One evening while Jack was walking in the moors of the countryside, Satan posed as a dead man hanging from a tree branch and waiting for Stingy Jack to approach. When Jack came across the body a deranged face with wide eyes and an evil grin stared back at him, in that instant Jack realized his time was up and that the devil had come to collect his soul. He asked the devil for a final request before departing. Satan in a merciful mood uncharacteristic of himself granted it.
Jack told him that he wanted just one more drink before he had to depart the living world and he took the devil to the nearest tavern. One drink turned into another and then another and another it was time for them to pay their tab. Jack casually turned to his new drinking buddy and persuaded him that since he had magical powers he could simply transform himself into a piece of silver to pay the tab the devil obliged and shifted form but instead of paying the barkeep Jack shoved the coin into his pocket having been double-crossed the devil fought to get out but a crucifix in the pocket trapped Satan in the coin form. Jack made Satan a proposition if he would leave Jack alone and let him live another decade he would release him from the coin. Seeing no other option Satan reluctantly agreed and the bargain was struck.
10 years later, Stingy Jack’s amnesty had reached its limit. So, it was time to pay the devil his duel. As before Jack asked his old companion for a final request. He asked for an apple from a nearby tree to quell his hunger for the long journey. While Satan selected an apple, Jack quickly carved four crucifixes into the trunk of the tree trapping the evil being within its branches. Stingy Jack had yet again gotten the better of the devil and Satan was yet again trapped and at Jack’s mercy. Jack once again offered the demon his freedom on the condition that Jack would not go to hell and as before Satan had little choice but to submit to the con man’s wishes.
Stingy Jack continued the rest of his life safe in the knowledge that he outsmarted the devil not once but twice and no matter what he would do from then on he would not go to hell. The years passed and Stingy Jack eventually passed away. Years of heavy drinking finally exacting their toll. The devil made good on his word for Jack did not go to hell upon his death but as Jack approached the gates of Saint Peter, he was barred from entering. Despite his victories over Satan, Jack still led a deceitful life of cruelty always drinking far in excess and abusing and tormenting all who crossed his path. Such a sinful soul would not be granted access to the kingdom of heaven so Jack turned away and journey down to the entrance of hell. But Satan also refused Jack’s entrance into his kingdom both to honor their agreement and for revenge against his humiliations at Jack’s hands.
The way back was windy and very dark. Stingy Jack pleaded with the devil to at least provide him with a light to help him find his way. Satan as a final gesture tossed jack, a burning ember straight from the fires of hell. To carry this burning ember, Jack found a turnip and hollowed it out turning it into a makeshift lantern.
Ever since Stingy Jack’s ghost could be seen wandering aimlessly around the Irish countryside. Whenever locals saw mysterious lights they would say that’s just Jack of the lantern. With stingy Jack condemned to wander the world until Judgment day, the people of Ireland did not want his wicked spirit visiting their homes, so on October 31st, all hallows eve, when the spirits of the netherworld could pass through to the world of the living, each home carved a menacing face into turnips and rutabagas and prominently displayed them on their doorsteps with a burning candle to ward off Jack of the lantern and other evil spirits.
As time would pass the turnips and rutabagas would be replaced by large pumpkins and these would in turn take the name of Jack-o’-lantern in recognition of the man who outwitted the devil not once but twice and was doomed to walk the world for all eternity. Now, that you are aware of the story, let’s head to the jokes.

How is Joe Biden like a jack-o-lantern?
The lights are on, but nobody’s home.

How did the FBI get into Trump’s safe with facial recognition lock?
Someone had a rotting jack-o-lantern.

What’s orange, empty-headed, and tries to be scary?
A jack o’lantern!

Knock, Knock!
(Who’s there?)
Dustin.
(Dustin who?)
Dustin off last year Jack-o-lantern for you!

Why are jack-o-lanterns not good at Knock Knock jokes?
No hands.

What is a jack o lantern’s favorite pick up line?
Darling, you look GOURD-EOUS!!

How do you mend a broken Jack-O’-lantern?
With a pumpkin patch.

What do the parents call their daughter who is dressing up as a joke telling jack-o’-lantern?
“Our little pun-kin.”

Did you hear about the pumpkins that went to the gym?
They wanted to become jacked-o-lanterns.

Humpty Dumpty went to the clothing store one day in October.

He selects a good sweater, a couple of pairs of socks, a coat, and so on. He pays for them and then departs. He goes grocery shopping, purchasing milk, eggs, tuna fish, matches, and a single pumpkin. He comes across a stray cat in the cold on his way home. Feeling generous, he offers it some tuna fish and decides to take it home with him. Now that he’s home, he strikes a match and lights his fireplace, then grabs a blanket and wraps it around the cat. It goes off to sleep.

After that, he starts carving the pumpkin into a Jack o’ lantern. He clicks a photo and sends it to a friend, who rates it 10/10. He wraps himself in a blanket and lies in a chair close to the fireplace, the cat curled up in his lap.

He thinks to himself before he drifts asleep, “Humpty Dumpty has had a great fall!”

A pumpkin says to a jack-o’-lantern, “All we ever do is sit around on the stoop. Don’t you want to mix it up, try something different?”
The jack-o’-lantern says, “I don’t have the guts.”

What is the difference between a pumpkin and a fleshlight?
One is a Jack-O’-Lantern, and the other is a Jack-N’-Lantern.

What do you say to a pregnant jack-o-lantern?
Omg! You’re glowing!

Why did the programmer buy a Jack O’ Lantern on Christmas Day?
Because Oct 31 = Dec 25.

Why was the Jack-o-Lantern sad on Halloween?
Because he felt empty inside.

What do you call a fat jack-o’-lantern?
A plumpkin.

Did you know that the soldiers at Arlington salute their new Jack-o-Lanterns every Halloween?
They always honor the changing of the Gourd.

Why do jack-o-lanterns have such stupid smiles?
You’d have a stupid smile, too, if you had just had all your brains scooped out.

Where do jack-o-lanterns live?
In the seedy part of town.

Why are jack-o-lanterns so smart?
The candle makes them bright.

A skeleton, a jack-o-lantern, and a scarecrow are hanging out in a cornfield.
The skeleton fancies the jack-o-lantern and says, “Never have I seen eyes shine as bright as yours, only adding to the beauty of such a glowing smile.”
The jack-o-lantern, however, has a crush on the scarecrow and chooses to ignore the skeleton. She admiringly tells the scarecrow, “You’re so brave! I could never do what you do, scaring all the bad things out of this field!”
Skeleton interjects “I’ve got a bone to pick with you, Jack! Don’t be so down on yourself, I’m sure you could do it!”
The jack-o-lantern insists “I really couldn’t! I just don’t have the guts.”
Scarecrow, amused at the two of them, replies to the jack-o-lantern. “Thank you. I do appreciate the compliment! I have been told I am out standing in my field. But all I can say is, “Hay, it’s in my jeans.”

Why was the jack-o-lantern afraid to cross the road?
He had no guts.

Why didn’t the jack-o-lantern get the joke?
It just couldn’t grasp it.

What did the jack-o-lantern say to the pumpkin carver?
“Cut it out.”

What are jack-o’-lanterns afraid of?
Things that go pumpkin the night.

How is a jack-o-lantern similar to Buddha?
They both have an inner light.

What time does a jack-o-lantern eat?
Once you carve out its mouth.

Why do jack-o-lanterns sit outside a house?
They have no hands to knock on the front door.

Why was the Jack-o-lantern so naughty?
His candle was wicked.

What do vampires like to do with Jack-o-Lanterns?
They use them as night lights.

What do reckless Jack-o-lanterns do for fun?
Go bungee gourd jumping.

Why do Jack-o-lanterns perform so poorly in school?
Because they had all their brains scooped out.

What is black, white, orange, and waddles?
A penguin carrying a Jack-o-lantern.

What do you name a pumpkin that has been carved to seem like a cow?
Jerky-O-Lantern.

What is the best Halloween pickup line?
“Why don’t we go somewhere where I can stick a candle in your jack-o-lantern?”

Why did the skeleton get arrested?
He got caught trying to JACK O LANTERN!

Did you hear about the one who carved a portrait of Stephen Hawking into one as a tribute during the Jack-o’-lantern carving festival?
“What can be said, once a vegetable…”

Why did Mr. Jack O Lantern and his wife have so many kids?
Because she loved pumpkin cream pies.

Have a better joke about Jack-O-Lantern? Surprise us with your witty puns and one-liners in the comment section below. If you want to read more jokes, follow Halloween Jokes! 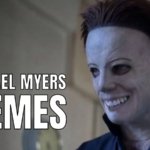 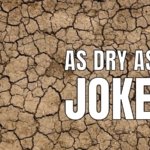