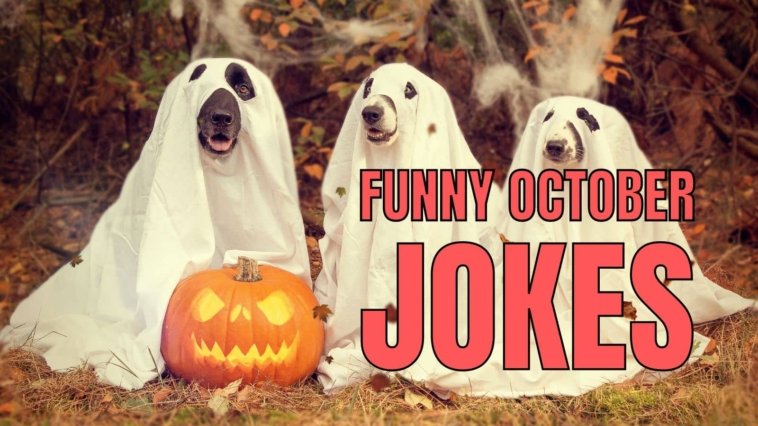 When the dog days of summer are nearly over, all you can think about is welcoming the cooler weather. This signifies that October, the best month of the year, has arrived. Those that disagree may want to continue reading. Now that cool weather is upon us, we’re finally back in the swing of things along with the start of school sessions, and perhaps because it’s Halloween, let’s celebrate with October jokes.

In the Julian and Gregorian calendars, October is the tenth month of the year and the sixth of seven months with a length of 31 days. It gets its name from the Latin word for “eight,” octo. When the Romans switched to a 12-month calendar, they attempted to rename October after numerous Roman emperors, but the name October persisted. Now that you have learned something about this month, let’s read some of the best puns and one-liners.

What do you say when it’s the end of the month?
Oct-over.

Did you hear about the boy who always carries a stone with him that he used to throw at people who play Christmas music in October?
He calls it his Jingle Bell Rock.

What is the leading cause of Cancers?
Having sex in October.

What was Humpty Dumpty’s favorite month?
October because he had a great fall.

Did you know October is Eczema Awareness Month?
Yes, they are raising money by selling scratch cards.

Why do some people love October?
They fall for it every year.

What do Jack-o-lanterns do in October?
Go bungee gourd jumping.

Did you know October is also Domestic Abuse Awareness month?
Time to make your significant other aware.

A 10-year-old kid always asked his father for ice water with his meals. The past few weeks he told his father to put exactly eight ice cubes in his glass. The dad went with it because his son can be very particular about certain things, and he just figured that his kid had decided it was the perfect amount of ice.
One day, the kid again asked him for water with eight ice cubes, but as the father was getting it the kid said, “I bet you’re glad that in two days, I’ll stop asking for eight ice cubes.” To which the father asked, “Why not?” And the kid said, “Because it won’t be Octo-brrrrrrrrr anymore!”

What is a clinical trial done in October called?
A trick or treatment.

Did you guys know that according to scientists, in October the mitochondria turn into the frightochondria?
And becomes the haunted house of the cell.

It was October, and the tribe on a faraway reserve asked their new Chief whether the approaching winter would be cold or mild.
He had never been taught the old secrets because he was a Chief in modern culture.
He couldn’t tell what the winter would be like by looking at the sky.
To be on the safe side, he informed his tribe that the winter would be cold and that the inhabitants of the hamlet should gather fuel to prepare.
But, being a practical leader, he had an idea after a few days. He went to the phone booth, dialed the National Weather Service, and said, “Will the upcoming winter be cold?”
“It appears that this winter will be rather cold,” said the weather service’s expert.
So the Chief returned to his people and instructed them to gather even more firewood in order to be ready.
He called the National Weather Service again a week later. “Does it still appear that it will be a really cold winter?”
“Yes,” said the man from the National Weather Service, “it’s going to be a very chilly winter.”
The Chief returned to his people and instructed them to gather whatever piece of firewood they could find.
The Chief contacted the National Weather Service again two weeks later. “Are you certain that the winter will be quite cold?”
“Certainly,” the man said. “It’s looking like this will be one of the coldest winters on record.”
“How can you be so certain?” the Chief inquired.
“We’re confident it’ll be cold since the tribal communities are accumulating firewood like crazy!” said the weatherman.

Do you know why the local vampire club is always recruiting in October?
They are looking for new blood.

What game do witches play in October?
Hide and ghost seek.

What is the best thing about October?
All the cobwebs and dust in your house just become Halloween decorations.

What do Jews celebrate on October 31st?
Challahween.

What do you call a zombie that doesn’t joke around in October?
Dead serious.

What does candy do when you tell it an October joke?
It Snickers.

Knock, Knock.
Who’s there?
Justin.
Justin who?
Just in time For October.

Which monsters hibernate after October?
The bearwolf.

Why was the devil exercising so hard in October?
He wanted to get a 666 pack for Halloween.

Did you hear about the dyslexic guy that sold his soul to Satan in October?
He is now forced to make Christmas presents in the North Pole for all eternity.

A little girl ran up to her father, shouting, “Daddy! Daddy!” “Can you guess how old I’ll be in October?” The father laughed, “Oh, I don’t know princess, why don’t you tell me?”
She gave him a huge smile and held up four fingers.
It’s now three hours later, the police are annoyed and she still won’t say where she got them.

Why does Alabama love the month of October?
Because they get to pumpkin.

Why did Avogadro stop going to the chiropractor on October 24?
He was only tense to the 23rd.

Why does Frankenstein love October?
He fits right in.

Why did Dracula go to the Doctor in October?
He had a breathing problem because of his coffin.

A guy walks into a bar and orders a beer.
“Ah, October! Almost time for Halloween. This season reminds me of how I met my wife. I went to a costume party and saw her across the room. Standing there all thin and tall and gorgeous next to her fat friend. They’d come to the party together dressed as the number ten,” he tells the bartender.
“That’s when I knew, she was the one.”

Do you know that SEPTember, OCTober, NOVember, and DECember aren’t the 7th, 8th, 9th, and 10th months?
Whoever fucked this up should be stabbed!

Why should you remove the filling of a hot dog at a cookout in October?
So you can serve hollow-weiners.

Why is your firearm so excited for October?
Because it’s a semi autumn addict.

Why do truckers like October 4th the best?
Because 10-4 good buddy!

What did the tree say to its leaves in October?
Please don’t leaf me.

How did Frankenstein get around town in October?
He drove a monster truck.

One October evening, a nun was traveling down the road when she observed a hitchhiker. The nun made the decision to give him a lift.
After some time has passed, the man (hitchhiker) says, “Sister, I know you would be offended, but I find you quite attractive and would like to have sexual relations with you. I’m not married, so I don’t transgress as much.”
“I will have anal with you,” the nun replies reluctantly, “so it is not completely a sin.” So they pull over, get the job done, and get back in the car.
“Sister, I truly enjoyed that, but I have a confession; I’m married and have four children,” the man replies.
Appalled, the nun replies, “I have a confession too. My name is Chris, and I’m on my way to a costume party.”

What did Nike say in October?
Just doot.

What do you call a bad breakup in the month of October?
Guess you could say it was a bad Fall from Grace.

Why do programmers confuse Halloween with Christmas?
Because Oct 31 = Dec 25.

Did anybody wake Green Day up?
Because September ended.

How many types of people are there in October?
Two, people who love chocolate and liars.

What road did Satan take on his road trip in October?
Route 666.

Who was the first cat to discover America?

What do burn victims celebrate on October 31st?
Aloe-ween

What is the longest name in the world?
JASON, it takes 5 months to spell it. (July, August, September, October, November)

Who is the No.1 Super Villain for October?
Doc Ock from Spiderman.

Which month is a Rock Stars favorite?
Rock- tober.

How do young fish get to school in October?
By octobus.

Why is it bad to tell mole jokes in October?
It’s mole-itically incorrect.

Why did Avogadro stop going to a chiropractor on October 24th?
He was only tense to the 23rd!

What element do moles love to study in chemistry?
Molybdenum.

What kind of fruit did Avogadro eat in the summer?
Watermolens.

How does a pumpkin listen to Halloween music?
On vine-yl.

What does a carved pumpkin celebrate?
Hollow-een.

Who did the pumpkin run away from?
Cinderella’s Fairy Gourd-mother!

Have better jokes on October? Post your funny puns and one-liners below! If you want to read more spooky jokes head over to Halloween Jokes. 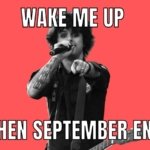