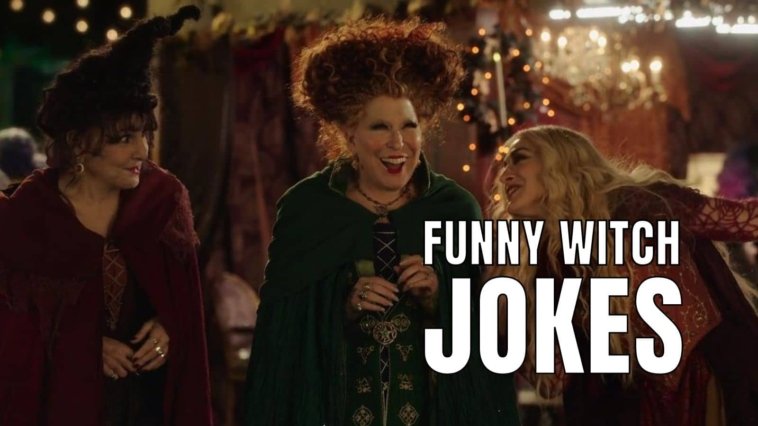 Witchcraft is on the rise, not just during Halloween. Some 1.5 million Americans identify as Wiccan or Pagan and since 2016, Google searches for spell casting have increased fourfold. Many wouldn’t call themselves a witch but are interested in magic. More than any other age group, witchcraft has cast spells on millennials and Gen Z. You can find witchy influencers with thousands of followers on Instagram and a subsection of TikTok called witch talk with more than 5 billion views.

We know about the Salem witch trials, which took place between February 1692 and May 1693 in colonial Massachusetts and involved a series of hearings and prosecutions of people accused of witchcraft. But, hey, it’s almost Halloween in 2022, which means it’s time to make some witch jokes and puns. To be fair, witches are incredibly clever and cunning, much like the humor below.

Where do Jewish witches congregate?
JeruSalem.

What do you call a witch that only eats sand?
Sandwiched.

Dad: What’s a lion and a witch doing in your wardrobe?
Kid: it’s Narnia Business….!

Why can’t a dyslexic be a witch?
You need to be good at spelling.

Three witches are standing around a bubbling cauldron.
The first witch tastes the brew. “It needs an eye of newt,” she says.
“I agree,” says the second.
“Aye,” says the newt.
“Perfect,” says the third.

Why could the witch never get the enchantments right?
She forgot to use Spell Check.

Knock, knock!
(Who’s there?)
Witches.
(Witches who?)
Witches way to the haunted house!

Do you know that witches don’t fart?
They cast “smells.”

Did you all hear about the witch who failed her English exams?
She couldn’t spell.

Why are there no fat witch doctors?
Because they’re always exorcising.

How is your marriage similar to a fairytale?
A witch is waiting for you at home.

How do ghouls sign off a letter?
Best witches and worm regards.

What do witches use most on their phone?
Spell check.

Why do witches wear name tags?
So they know which witch is which.

Knock, knock!
(Who’s there?)
Witch.
(Witch who?)
Witch one of you can fix my broomstick?

What do you call an angry witch?
Ribbit.

Why don’t witches use the most popular dating app?
Their ancestors had a bad experience with matches on tinder.

A witch was going through her recent order of newts when her apprentice walked in. Noticing the witch’s frowning face, she asks, “What’s wrong, Master?”
The witch replied, “Well, I’ve got some good newts and some bad newts…”

What’s the difference between a normal woman and a witch?
The spelling.

An Englishman, an Irishman, and a Scotsman are crossing a bridge when a bald old woman appears out of nowhere.
She said, “This bridge is guarded by me, the witch. You may only pass if you present me with a challenge that I cannot meet.”
The Englishman takes the first step and says, “In my hometown, I was the best footballer. I’m sure you can’t kick a football as far as I can.”
So the Englishman kicks a football into the distance, about 5 football fields away. The bald witch, on the other hand, steps up and easily kicks the football twice as far. The Scotsman is the next to confront the witch.
“I was nearly chosen for the Olympic swimming team. You can’t possibly swim to the other side of the river and back faster than I can.”
So the witch and the Scotsman jump in the river, but the bald witch easily beats the Scotsman to the other side and back.
The Irishman is the last to challenge the witch. He pauses for a moment, then pulls a comb out of his jacket pocket, looks the witch in the eyes, and starts combing his hair back.
“I bet you can’t do this.”

Why don’t witches wear undies?
To get better grip on the broom.

What sound does a witch’s car make?
Broom broom.

What do you call a group of witches cooking simple recipes?
An Easy Bake Coven.

Did you hear about the witch that was casting spells and driving at the same time?
She turned her car into a tree.

Knock, knock!
(Who’s there?)
Witch.
(Witch who?)
Witch one of you will give me some Halloween candy?

What happens when a witch breaks the sound barrier?
You hear a sonic broom.

Why couldn’t the witch get into her house?
Because she lost her spo-keys.

Why did the witch have so many hickies?
She was dating a necromancer.

What do you call two witches sharing an apartment?
Broomates.

A witch was flying on her broom when she noticed that all the witches she passed were flying on vacuum cleaners.
She thought to herself, “Am I the only one who still drives a stick?”

What would you call a potion-brewing pig in the desert?
A ham sand witch.

What do you call a witch who uses illegal spells?
A hex offender.

Why can’t witches get pregnant?
Because their husbands have hollow weenies.

A man met this woman through a dating service and so we went on a date.
They drove along when she said, “I’m a witch.”
He said, “Prove it.”
So she whispered in his ear and he turned into a motel.

How do witches write?
in Cursive.

Did you hear about the wife who asked her husband to pick the music for her mother’s funeral?
Apparently Ding-Dong! The Witch Is Dead was not the appropriate song.

What’s the first thing a young witch learns?
How to spell.

What do you call a wizard without the ‘d’?
A witch.

What are the most prevalent STI wizards and witches get?
Hog warts.

Why don’t witches wear a flat cap?
There’s no point to it.

What is a witch’s favorite subject in school?
Spelling!

What’s the difference between a princess and a witch?
2 years of marriage.

What do you call a witch’s libido?
Her hex drive.

What’s the difference between a magical girl’s comedy sketch and a female dog’s snappy comeback?
One’s a witch’s bit and the other is a bitch’s wit.

What did the angry witch do while riding her broom?
She flew off the handle.

What does the wicked witch of west say when cooking eggs and bacon?
FRY MY PRETTIES!

It is Halloween and there’s a knock on a man’s door.
He shouts to his wife, “Honey there’s a witch at the door what should I do?”
She replied, “Just give her some candy and tell her to fuck off.”
His mother-in-law hasn’t spoken to him since.

What happens to illiterate witches in school?
They get expelled.

Why do witch covens have extra bathrooms?
Crone’s Disease.

Why did the witch doctor keep a doll in his bedroom?
It was a fetish.

What happens if someone sees a magic crime?
They enter the Witches’ Protection Program.

“I’d like a spell to make me famous,” he said.
“OK,” said the witch.
He burned for a week before he died. It was the talk of the kingdom.

Why did the team of witches lose the softball game?
Their bats kept flying away.

What does a witch order at In-N-Out Burger?
A double-double, toil and trouble.

Why do witches use broomsticks?
They handle better.

Why did the witch fall asleep after casting curses all night?
She was hexhausted.

A mummy, a werewolf, a witch, Frankenstein’s monster, and Dracula walk into a restaurant.
The hostess asks them how many they need seating for. The mummy tries to answer, but no one can understand it. Frankenstein’s monster just says “FOOOOD.” The werewolf turns around to the group and starts numbering them off, and realizes Dracula is missing.
The hostess asks again, “How many in the party?”
The werewolf turns back to get and answers, “I’m not sure. I lost Count.”

What do a lighthouse, rose trellis, windstorm, dune, and Halloween costume make?
A beacon, lattice, and tornado sand witch.

Why are witches never sweaty?
They wear moisture-wiccan clothes.

Did you hear that every winter at Hogwarts, all the girls would catch a cold?
Must be the sneezin’ of the witch.

How does a Mexican witch laugh?
Bruja ja ja ja.

How can you tell if someone is a Fig Witch?
She’ll turn you into a Newton!

Where do witches go to nerd about witch stuff?
A covention.

What do you get if you cross an Astronaut with a Witch?
Buzz Cauldron.

Why do wizards always fall in love with witches with a good broom?
They sweep them poor wizards off their feet.

What did Hansel and Gretel do after they killed the witch?
They spent some serious time behind candy bars.

Two guys go to a local brothel.
The madam tells her girls, “Go upto the first two bedrooms and put an inflated doll in each bed. These two are so old and drunk, I’m not wasting two of my girls on them. They won’t know the difference.”
After when they’re walking home the first guy says, “I think mine was dead. She never moved or made a sound the whole time.”
The second says, “I think mine was a witch.”
The first replies, “Really why is that?”
The second explains, ”Cause when I bit her ass she farted in my face and then flew out the window.”

What do you call a witch in the middle of the desert?
A Sandwich.

Why are witches attracted to crystal men?
They love rubbing the crystal balls.

Why don’t witches fly after sex?
Because they don’t want to slide off the broom.

Why were the witches wearing strap-ons?
Cause they were pagan.

What do witches wear to prevent burns
Coven Mitts.

Why couldn’t the witch get into the Halloween party?
There wasn’t enough broom.

What do you call a witch’s garage?
A broom closet.

Why did Hansel and Gretel tell the witch they were sick?
Because they had Munch Hausen.

What do witches put in their hair?
Scare spray.

Have a better Halloween joke about witches? Please share your puns in the comments space below! 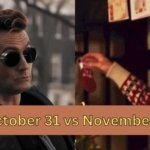 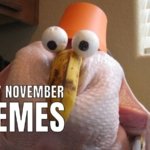