The Ye sab doglapan hai meme originates from the Indian business reality TV series Shark Tank India. In episode 4 aired on 23 December 2021, Ashneer Grover who is a Managing Director and co-founder of BharatPe says this to Sulay Lavsi who is the founder of Bummer. Ashneer becomes agitated since the founder of the startup mentioned in one of his answers that he needed investment especially from the sharks Aman Gupta, co-founder of boAt and Vineeta Singh, founder of Sugar Cosmetic as they have cracked the code in the B2C ecosystem. Although he did take a U-turn by nodding in agreement with Vineeta if he would accept better deals from other sharks. To this, Ashneer says that the Bummer founder is a hypocrite. Also, there have been other several instances of Ashneer saying the same, most notably in episode 5 in the same season when the founders of Revamp Moto pitched their product infront of them.

On 6 January 2022, a twitter user @ASHISHCH0UDHARY replied “ye sab doglapan” to one of the tweets (now deleted) by Ashneer Grover of BharatPe in which he branded a viral audio tape accusing him of hasty behaviour “false.” Later, the meme was shared on various social media platforms like LinkedIn and Reddit. 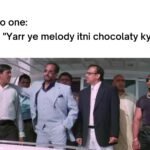 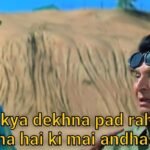