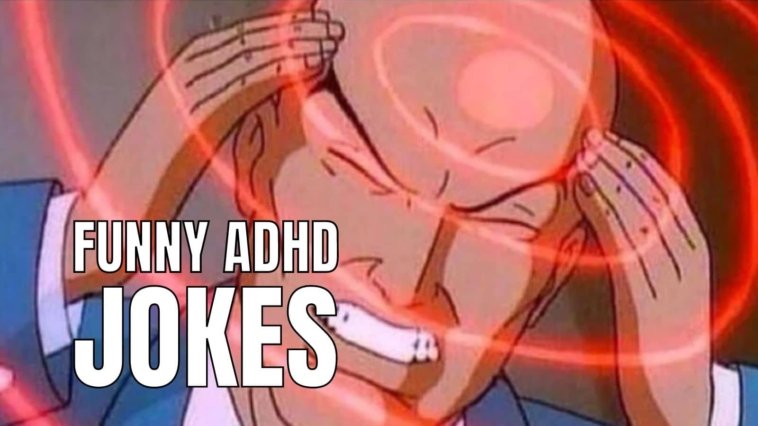 What’s so great about ADHD or Attention Deficit Hyperactivity Disorder? If you have ADHD, you never get depressed because you never have time. Didn’t get it? Ask an ADHD guy who was fired but is now looking at butterflies. ADHD makes life difficult for students, teachers, parents, and everyone else. While executive function strategies can help students succeed, students with ADHD may struggle at times. When this happens, it’s important to let off some steam and remember that others are dealing with similar ADHD issues.

Here are some of the best ADHD jokes available for a good laugh (or a good cry). Trust us, these are better than the squirrel jokes. Some of these jokes may offend some people, but we are not concerned. If any ADHD people get angry at us, it will only last about 5 seconds. They’ll get over it, after all, they have a lot of things to ‘almost’ do.

Why did the biologist think his microscope has ADHD?
It refuses to focus.

If you open a camp to help kids with ADHD, what do you call it?
A concentration camp.

How do you get an ADHD person to clean their house?
Assign them some homework.

Why are ADHD kids so good in Trig?
Because they know how to appreciate a good tangent.

How many kids with ADHD does it take to change a lightbulb?
Let’s go ride our bikes.

Did you know my ADHD medicine comes in a case shaped like a 3-sided polygon where each side is the same size, and the pills are distributed uniformly?
It’s an equal Adderall triangle.

What happens when you leave your ADHD medication in your Ford Fiesta?
It turns into a Ford Focus.

What do you call a website with ADHD?
A hyper link.

Remember the kid who went to take an online ADHD test?
He gave up quickly because it was stupid and boring.

What does it mean if the doctor diagnoses you with schizophrenia and ADHD?
It means you hear voices but not for long enough to drive you insane.

Do you know what it’s like to be a comedian with ADHD?
Why is this font so small?

I have ADHD and trouble getting to sleep. The doctor recommended counting sheep…
1 sheep. 2 sheep. 3 sheep. Cow. Duck. Horse. Old MacDonald had a farm and bingo was his name-o!

Why can’t emo kids get ADHD?
Because they’re already scatterbrained.

What does ADHD stand for?
Attention Deficit HEY DOUGHNUTS!

What do we want? More research into a cure for ADHD! When do we want it?
Let’s play swingball.

What are the 10 worst things about ADHD?
The list is prepared by a kid diagnosed with ADHD:
1.

Did you hear about the suicide bomber with ADHD??
His brain was everywhere

“I think I have ADHD because I keep forgetting where I parked my Ford,” a man told his doctor.
“That’s not how ADHD works,” the doctor replies.
“But I keep losing my Focus,” the man says.

Remember the kid who took Adderall for his ADHD?
He started focusing on my distractions better.

Did you hear about the boy who bought a book that said it could help him harness the power of ADHD?
He never finished it.

Do you know that high-quality ads can be really bad for you?
They can cause ADHD.

Heard about the new clothing store seen at the local Mall named ‘Off Topic’?
Apparently, it’s aimed at edgy teens with ADHD.

What do you call a high-resolution video taken during Jesus’ resurrection?
ADHD.

What do you call someone who worries that they might have ADHD?
A hyperchondriac.

Do you know that studies show ADHD students cost the school more on average?
Because they cannot afford to pay attention.

Do you think ADHD is a big problem now?
80 years ago there were millions of people in camps trying to concentrate.

Did you hear about the doctor who said that the kid has some form of hereditary ADHD?
He explained it to his father, but he didn’t really listen.

Remember when ADHD was just ADD?
Me neither.

What do you call a little person with ADHD in a washing machine?
Midget fidget spinner.

What do you call a mean ADHD kid at school who exaggerates everything they say?
Hyper Bully.

What do vegetables get prescribed when they’re diagnosed with ADHD?
Vegetable concentrate.

Do you know why someone with ADHD could never be a train conductor?
They always lose their train of thought.

How do you tell if a kid has ADD/ADHD?
Ask them to pronounce “ADD”. If they pronounce it “add(+)” OR “A-D-D”, they don’t have it. If they are not paying attention and ask you to repeat the question, they have it.

Why were the photographer’s pictures out of focus?
Because he has ADHD.

What do you call an ugly guy with ADHD?
AD144p.

Recommended: Yo Mama So Ugly Jokes

What type of orange juice do people with ADHD have trouble drinking?
Concentrate.

Do you want to hear a better joke about ADHD? I want mac-n-cheese. 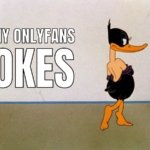 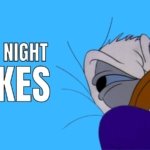