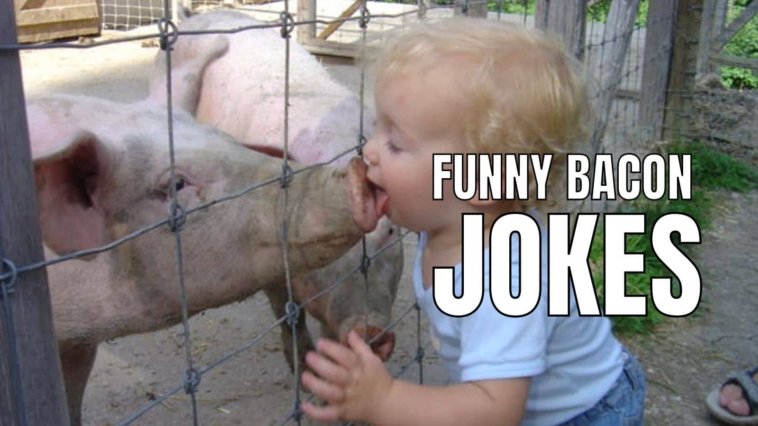 People may crack jokes about bacon because it is a popular and well-known food that has a distinct flavor and aroma. Bacon is often used in a variety of dishes and is considered a versatile ingredient, which may contribute to its popularity and appeal.

Additionally, bacon has a reputation for being unhealthy due to its high fat and salt content, which may also be a source of humor. Finally, bacon has a distinctive appearance and texture, which may lend itself to humorous comparisons or jokes. Ultimately, the reason why people crack jokes about bacon may vary, but it is likely due to a combination of its popularity, versatility, and distinct characteristics.

How do you know it’s hot?
When two pigs are at the beach and one says to the other, “I’m Bacon.”

Yo mama so fat, she lactates bacon grease.

What pig is used to make spicy bacon?
Peppa pig.

Knock, knock.
(Who’s there?)
Uri Badge.
(Uri Badge who?)
Can you smell the bacon on my breath?

Did you hear about the butcher who sat on his bacon slicer?
He got a little behind in his deliveries.

Two eggs and a side of bacon walk into a bar.
The bartender says, “Sorry, but we don’t serve breakfast here.”

How many vegans does it take to eat a bacon cheeseburger?
One if nobody’s looking.

How do you stop Canadian bacon from curling in the pan?
You take away its broom.

What do you call bacon that’s 100 days old?
Ancient Grease.

Two cowboys are stranded in the desert.
One cowboy notices a bacon-draped tree. “It’s a bacon tree!” “We’ve been saved!” He states. He rushes to the tree, only to be shot.
It wasn’t a bacon tree, it was a ham bush.

Knock, knock.
(Who’s there?)
Bacon.
(Bacon who?)
Bacon a cake for someone’s birthday.

What do you call a pig mixed with a centipede?
Bacon and scrambled legs.

Yo mama so fat, she sweats bacon bits.

How is bacon like southern Europe?
It’s got a lot of Greece in it.

Why did the pig go into the kitchen?
He felt like bacon.

The programmer’s wife tells him to go to the store.
She tells him, “Get some bacon, if there’s milk get three.”
He comes back with three packs of bacon and no milk.

Why did the bacon laugh?
Because the egg cracked a yolk.

How do you confuse a Jew?
Put the bacon on sale for half-off.

Yo mama so fat, when she has a stroke she smells bacon and toast.

What did Hannibal Lector have for breakfast?
Kevin Bacon and Jon Hamm.

What does the wicked witch of west say when cooking eggs and bacon?
“FRY MY PRETTIES!”

Why did the pig stop sunbathing?
He was bacon in the sun!

We have our first successful pig heart transplant on March 8th, 2022.
Bacon is now both the cause and the solution to our heart problems.

A husband and his wife were stuck in traffic.
The husband said, “I’m turning round.”
The wife said, “I know. Stop eating bacon.”

What do you call a farm that sells chickens and pigs?
A chicken, bacon, ranch.

What do you call a piglet?
A bacon seed.

What do you call two pigs mating?
Makin’ bacon.

Do you know a pig’s favorite song?
Don’t go bacon my heart.

On a flight, a priest and a rabbi sat next to each other.
After a while, the priest turned to the rabbi and inquired, “Is not eating pork still a requirement of your faith?”
“Yes, that is still one of our commandments,” the rabbi replied.
“Have you ever eaten pork?” the priest inquired.
“I did, on one occasion, give in to temptation and have a bacon sandwich.”
The priest nodded in agreement and resumed his reading.
“Father, is it still a requirement of your church that you stay celibate?” the rabbi questioned afterward.
“Yes, that is still very much a part of our faith,” the priest said.
“Father, have you ever succumbed to the temptations of the flesh?” the rabbi inquired.
“Yes, Rabbi,” the priest said, “on one occasion I was weak and breached my faith commitment.”
For some minutes, the rabbi nodded understandingly and remained mute.
Finally, the rabbi quietly observed, “Beats the shit out of a bacon sandwich doesn’t it?”

What do you call a pig mixed with an alligator?
A baconator.

What do you call it when a pig loses its memory?
Hamnesia.

What do you call real bacon?
Genuswine.

Have you ever heard of the bacon disease?
Of course, you haven’t, it’s already been cured.

What would you name your pet pig?
Chris P Bacon.

What do you call bacon with salt on it?
Salt and Peppa.

What did Bacon say to the tomato?
“Lettuce be together.”

Two guys were eating breakfast together.
“Do you want some of my bacon?”
“No thanks, I’m Jewish.”
“Don’t worry it’s free.”

How do you make bacon kosher?
Ham Sanitizer.

Why do communists hate bacon?
Because it’s from capitalist pigs.

Why should you bake bacon on an asteroid on its way to Earth?
It’s meteor.

Yo mama so fat, her favorite actor is Crevin Bacon.

Why can’t pigs make pastries?
They don’t like bacon.

What do you call bacon made from lamb?
Baaaaaaaaacon.

What do you get when you give a pig Red Bull?
Bacon wings.

What did the pig say when he thought his girlfriend could do anything?
Bae can.

One Mother’s Day morning, two children ordered their mother to stay in bed. The aroma of bacon wafted up from the kitchen as she lay there looking forward to breakfast in bed.
But, after a long delay, she went downstairs to investigate. She discovered them both eating bacon and eggs at the table.
“As a surprise for Mother’s Day,” one explained, “we decided to cook our own breakfast.”

What’s the difference between Canadian and American bacon?
Canadian bacon has healthcare.

What is Canadian bacon made of?
Grade Eh pork.

When does a sandwich cook?
When it’s bacon lettuce and cheese.

What do you get if you tell a bad joke about a pig picking its nose with bacon?
A cheesy bacon hambugger.

Why was the pig looking for shade?
Because he was bacon.

What do you get when you cross a pig and a spider?
Bacon and scrambled leggs.

Why did the farmer dress his pig in an apron?
Pretty soon he would be bacon.

What tree does bacon grow on?
Porcupine.

What do you call a bacon-wrapped dinosaur?
Jurrasic Pork.

What do you call a pig that can tell you about his ancestors?
History in the bacon.

What if pigs had the ability to fly?
The price of bacon would go skyrocket.

What did yogurt say to bacon?
You uncultured swine. 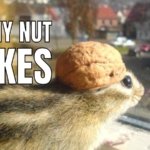 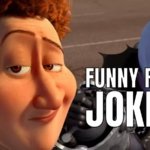