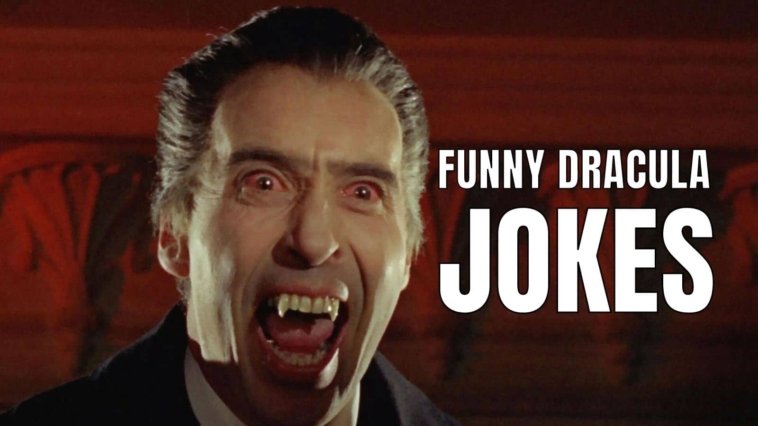 If horror is your thing and vampires are your favorite characters, this is the season to indulge in them a little more as Halloween marks the day before the Western Christian feast of All Saints and begins the season of Allhallowtide, which lasts three days and concludes with All Souls’ Day.

Vampires and Dracula have been around for a long time. These demonic monsters have appeared in some of the most terrifying horror stories. Dracula, one of the most famous vampires was inspired by the brutal king Vlad III of Wallachia, but it opened the way to various vampire works of literature and horror fiction. There have been numerous such stories in popular culture, with Hotel Transylvania being one of the most well-known in recent times. If you like them as meme characters, you’ll probably enjoy our collection of Dracula jokes.

What do you call a vampire on the Halloween sale?
Discount Dracula.

Why does Dracula always bite people in the neck?
Because he’s a neck romancer.

Why did the couple get a restraining order against Dracula on Halloween?
He came at them with a bat.

Knock Knock!
(Who’s there?)
Cement.
(Cement who?)
Cement to scream when she saw Dracula but she fainted instead!

Why did Dracula take cold medicine?
To stop his coffin.

Why did Dracula lie in the wrong coffin?
He made a grave mistake.

Did you hear about another employee at the plastic Dracula manufacturing factory for this Halloween?
Now, only two of them work there so the new guy has to make every second count.

Why can’t Superman beat Dracula on Halloween?
Because he’s afraid to go into the krypt tonite.

What did Trump say when Dracula ran away with his things?
Politics
Stop the count!

What do you call a blood-sucking tax specialist?
Account Dracula.

If Dracula was a psychiatrist, what would his name be?
The Countselor.

Where does Dracula buy his pencils?
Pennsylvania.

Did you know vampires aren’t real?
Unless you Count Dracula.

Are any Halloween monsters good at Maths?
Not unless you Count Dracula.

What subject did Dracula major in during college?
AcCOUNTing.

What do you call Dracula’s retarded cousin?
Countdown.

What do a washed-up boxer and Dracula’s girlfriend have in common?
they both go down for the count.

Why did Dracula become a vegetarian?
Because his doctor said stakes were bad for his heart.

Did you hear that Vampires aren’t even a real thing?
Unless you Count Dracula.

Dracula decided it was time to give his son “the talk.”
Dracula: You see, when two monsters love each other very much, they…!
Son: They do the mash.
Dracula (nodding): They do the monster mash.

Why did Count Dracula return a mirror to the shop?
He said that it wasn’t faulty, he just couldn’t see himself using it.

Did you know Dracula used to smoke a lot of pot in his college days?
He smoked so much that they called him Vlad the Inhaler.

Why won’t Dracula bite Mick Jagger?
Cause you can’t get blood out of a stone.

What does Dracula’s torch run on?
Bat-teries.

What did Dracula say to the teacher?
“See you next period.”

What do vampires do when they are trying to fall asleep?
Count Draculas.

What is Dracula’s favorite flavor of ice cream?
Veinilla.

Why did Dracula say when he got a visitor?
“I’m Vlad, you’re here.”

How many vampires does it take to screw in a lightbulb?
It depends if you Count Dracula.

What was Dracula’s last meal?
A stake.

In Transylvania, two nuns are traveling by car.
Their windshield is suddenly jumped onto by Dracula, leaving them blind. He begins hissing and scratching at the window. “Flick on your wipers and knock him off!” shouts the nun in the passenger seat to the driver. So does the first nun, but Dracula simply slides back and forth with the blades, hissing furiously. “Say ten hail Mary’s and he’ll go away!” says the second nun. So the first nun tries desperately, but it doesn’t work.
Angrily, the second nun says, “Show him your cross!”
And the first nun rolls down the window and yells, “Get the fuck off of my car.”

What do you sing when you kill Dracula’s last clone?
“It’s the final countdown.”

Why doesn’t Dracula attack chickens?
Because their blood is fowl.

What does an old person turn into when bitten by Dracula?
A Grampire.

What do you call Dracula when he doesn’t know what to say next?
An Umpire.

How come vampires are portrayed to be porcelain white even though the original vampire, Vlad Dracula, was quite swarthy?
Must be his nickname.

Why was Dracula grumpy?
All that B negative.

Why Dracula doesn’t want to become an investment banker?
He hates stakeholders.

Did you know Dracula had a brother who feasted on pancakes?
His name was Count Spatula.

Dracula walks into a bar and orders a cup of hot water.
The bartender (confused): What’s the hot water for?
Dracula pulls out a tampon: I’m having tea.

If Dracula were a furry, what would his name be?
Nos-fur-atu.

Dracula was casually walking down the street for a late-night stroll. All of a sudden, a mozzarella stick flies through the air and hits him on the side of the head. He looks around slightly perplexed but doesn’t think too much of it.
A few meters further on and a chicken wing smacks him in the nuts. As he doubles over in pain, out of nowhere, he is drenched in hot nacho cheese.
He looks to the sky with a raised fist and shouts, “Curse you Buffet the Vampire Slayer!”

Where does Dracula like to get washed?
In the bat tub.

What do you call a stupid vampire?
Can’t count Dracula.

Why doesn’t Dracula have any friends?
He’s a real pain in the neck.

Did you hear about Dracula’s castle?
They revamped for Halloween.

Why did Dracula fail art class?
He could only draw blood.

Why doesn’t Dracula understand himself?
He never self-reflects.

What kind of dog does Dracula have?
A bloodhound.

When she’s unhappy, what song does Dracula’s girlfriend sing?
“Caught in a Vlad romance.”

What happens when you cross a snowman and Dracula?
You get frostbite.

What type of car does Vlad Dracula drive?
A Chevy Impaler.

Why did Dracula go to the library?
He wanted to sink his teeth into a good book.

Where does Count Dracula eat lunch?
The casketeria.

How does Dracula write his novels?
He blood types.

What is a vampire’s favorite holiday?
Fangsgiving.

Did you hear Dracula became a firefighter?
Yeah turns out he wanted to be a vamp pyre.

Why did Dracula quit playing soccer?
Because he couldn’t deal with the crosses.

What do you call Dracula with hay fever?
The pollen count.

What do you call Dracula after he got out of the pool?
A dampire.

Dracula got mad at Frankenstein while they were playing fighting games.
“He wouldn’t stop doing the mash!”

What’s the one state Dracula doesn’t like?
Alabama. Because they all taste the same.

Why is Dracula a great sub in the bedroom?
He can’t come inside without your permission.

What do you call a vampire that drinks period blood?
Cunt Dracula.

What can Dracula do best?
Count.

Why did Dracula have to go to the mental hospital?
He was a neckrophiliac.

Why did Dracula’s wife move to the guest bedroom?
Because his coffin kept her up all night.

How did Dracula get AIDS?
He had unsafe necks.

So there are a lot more jokes and puns on Draculas that you will enjoy if you enjoy punny stuff. Share these humorous jokes with your friends during this spooky season. Or you could indulge in reading more intriguing stuff on these creatures. 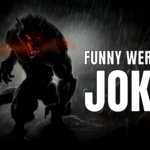