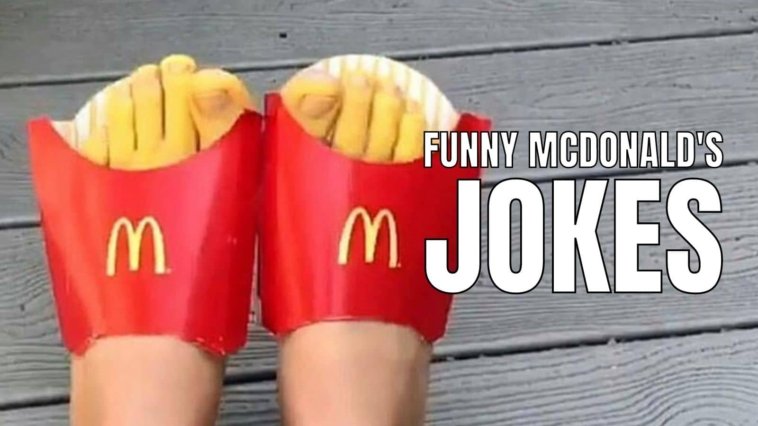 McDonald’s has returned. No, not with the broken ice cream machine (though they swear they’re looking into it) or the underpayment of employees (that, no so much). Nope, McDonald’s jokes are trending this time, so here are the best ones we could find.

The list has several jokes about Ronald McDonald and his statue bench located outside of various McDonald’s locations. The position is far too appealing for some to pass up, from his extended arm to his leisurely pose.

Why are McDonald’s jokes similar to their ice cream machine?
Both are hard to come by a good one.

Why is McDonald’s so exact about how many French fries they give you?
They operate on a shoestring budget.

Knock, knock.
(Who’s there?)
Abby.
(Abby who?)
Abby good if you could place my order for a Happy Meal.

Did you hear about McDonald’s trying to get into the high end steakhouse market?
It was a Big Mcsteak.

Inflation is so bad, McDonald’s is selling the 1/4 ouncer.

How many Mcdonald’s workers does it take to change a lightbulb?
None, because they can’t climb the ladder.

What kind of advertising campaign is BK running?
One that says, “Why eat with a clown when you can dine with the king?”

How does the young kid know that his doctor recommended eating at BurgerKing more often?
Well the doc said the kid should not have McDonald’s anymore, but he knows what doc meant.

Yo mama so angry, McDonald’s won’t even serve her happy meals.

Did you hear about McDonald’s try to create a beef version of the McRib, but failed?
Hopefully, they learned from their McSteaks.

Remember when you ate a kid’s meal at McDonald’s?
His parents were pissed.

Remember the math teacher who told me that I would be stuck working at Mcdonald’s for the rest of my life?
Jokes on her, I’m lovin’ it.

Did you know that people who celebrate Ramadan can still have Mcdonald’s?
Because it’s fastfood.

Remember the sign at McDonald’s that said, “We do not accept bills over $20.”
Trust me, if we had more than $20, we wouldn’t be eating at McDonald’s.

What type of computer does Ronald McDonald use?
A big mac.

An elderly couple walk into McDonald’s.
They order one hamburger, fries, and a drink.
The elderly man carefully unwraps the plain hamburger and cuts it in half. One half is placed in front of his wife. He then counts out the fries, divides them into two piles, and neatly places one pile in front of his wife.
He takes a sip of his drink, his wife takes a sip, and they place the cup between them.
People around him keep looking over and whispering as he begins to eat his few bites of hamburger. “Those poor old people can only afford one meal for the two of them.”
A young man nears the table as the man begins to eat his fries. He politely offers to buy the couple another meal.
“We’re fine,” says the old man. “because we’re used to sharing everything.”
After some time, the people around them noticed the little old lady hadn’t eaten anything. She sits there watching her husband eat, occasionally sipping her drink. Again, the young man approaches and begs them to let him buy them another meal. This time, the elderly lady explains, “No, thank you; we are used to sharing everything.”
Yet again, the same young man comes over to the little old lady who has yet to eat a single bite of food and asks, “May I ask what you are waiting for?” as the old man finishes and neatly wipes his face with the napkin.
The old woman answers, “The teeth.”

How is being a stripper similar to working at McDonald’s?
Covered in oil and questioning your choices after high school.

What’s the difference between a dairy farm and a Mcdonald’s?
You’ll get arrested if you try to milk the cows at Mcdonald’s.

Why is Kim Jong Un seeking peace?
Because nobody that fat can resist Mcdonald’s for that long.

What’s the difference between a Mcdonald’s worker and a Philosophy major?
A job application.

How does Ronald McDonald introduce his wife?
“Meet Patty.”

“I handle important transactions for a large multinational company.”
This is what the graduate tells his mum instead of saying I work at McDonald’s.

How do you find Ronald McDonald in a room full of naked clowns?
The Sesame Seeds on his buns.

A McDonald’s grill operator complains about being underpaid.
He starts beating the crap out of the other staff. When the cops arrive, he kicks their ass. When the FBI arrives, he whips their buttocks as well. The CIA, the military, and even the US Navy SEALs are powerless to stop him.
The manager pauses for a moment, then throws another grill operator into the fray, who quickly takes out the angry cook!
Everyone looks at the manager, who just shrugs and says, “Guess you’ve just gotta fight fryer with fryer.”

A frog goes into McDonald’s and orders a cheeseburger.
The cashier looks at the frog and asks him, “Would you like flies with that sir?”

Did you ever hear about McDonald’s sending 10 million straws to Ethiopia?
Ethiopia wrote back and said thanks for the leg warmers.

What do Islamic Mcdonald’s employees wear?
A cheeseburka.

Why was Kylo Ren embarrassed at McDonald’s?
It was his First Order.

A man worked in a factory that produces French fries for McDonald’s.
One of his coworkers mentioned that he’d always wanted to put his dick in the Potato Peeler. The man tried to talk his coworker out of it, but he could tell he was already set on doing it. He noticed him clearing out his desk a day later.
“Did you go ahead and do it?”
“Yeah, and they fired me because I got caught.”
“How about the Potato Peeler?” the man inquired.
“They fired her too.”

What do a priest and a Mcdonald’s have in common
They both have their meat in ten year old buns.

Did you know that Mcdonald’s is launching a new burger to commemorate Shakespeare’s birthday?
It is called the McBeth.

What do you call a holy man who works at McDonald’s?
A Friar.

How is working at McDonald’s similar to being an archaeologist in Athens?
You end up smelling like ancient grease.

Did you hear that McDonald’s has paused operations in Russia?
They successfully imposed a No Fry Zone.

A dyslexic boy is driving home from training with his ma’am.
“Can we go to McDonald’s, ma’am? I’m hungry “The boy asks.
“Of course, if you can spell McDonald’s, we’ll stop on the way home, son.”
The boy takes a breather, gathers himself, and begins “M” “C.” He starts to feel uncomfortable.
“Fuck it, mother, let’s have a KCF.”

Why are McDonald’s ice cream machines not allowed in the court room?
Because they’re always out of order.

What did Ronald McDonald say when MTV showed up at his house?
Welcome to M’crib.

What do you find when you look in the dumpster behind a Parisian Mcdonald’s?
French flies.

One day, a woman decides to save her money and get a facelift.
She stopped at a shop on her way home to look around. “I hope you don’t mind me asking, but how old do you think I am?” she asked the clerk as she was leaving.
“About 35,” he said.
“I’m actually 47,” the woman revealed, beaming. She then went to McDonald’s for lunch and asked the same question to the cashier.
“Oh, you look about 29,” he replied.
“I am actually 47!” she exclaimed, beaming with joy.
Later, while waiting at the bus stop, she asked the same question to an elderly man.
He answered, “My eyesight is failing me at age 85. But there was a sure way to tell a woman’s age when I was younger. I’ll be able to tell your exact age if I put my hand up your skirt.”
Because no one was around, she said, “What the hell?” and let him slip his hand up her skirt.
“OK, you’re 47,” the old man said after a while of looking around.
The woman, stunned, said, “That was fantastic! How did you guess that?”
“I was behind you in line at McDonald’s,” the elderly man replied.

What does the McDonald’s employee/aspiring rapper say to each customer when placing an order?
“Would you like a McStape with that?”

What did the frog order at McDonald’s?
French flies and Diet croak.

Why do German McDonald’s Franchises have efficiency problems?
Because in Germany, it takes nine months to make a Burgher.

What do cats get from Mcdonald’s?
A happy meow.

During his walk in front of a McDonald’s, a homeless man passed out.
Everyone surrounded the man to see what they could do to help him.
“Bring him water and splash some on his face!” yelled a woman in the crowd.
The man opened his eyes immediately and said, “Hey! If I needed water I would’ve passed out in front of Aquafina.

Remember the person who accidentally sat on a bag of McDonald’s food?
Now they have ass-burgers syndrome.

What did the Cannibal get in McDonald’s?
The Kids Menu.

A British couple on their last day in Vancouver was at a restaurant.
They asked the owner where they could exchange dollars for pounds.
He said that there is a McDonald’s just down the street.

Why do fat chicks charge 5$ for their OnlyFans?
Because that’s how much a combo meal is at McDonald’s.

What do Mcdonald’s and your tinder hook-up have in common?
They don’t look as good as advertised but you’ll eat them anyways.

What do you call a street full of cheap hookers and a McDonald’s?
Quarter Pound Town.

Do you have a better McDonald’s joke? Put your one-liners and puns about fast-food chains in the comment section below! 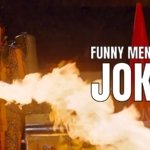 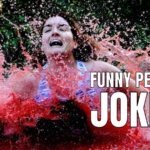